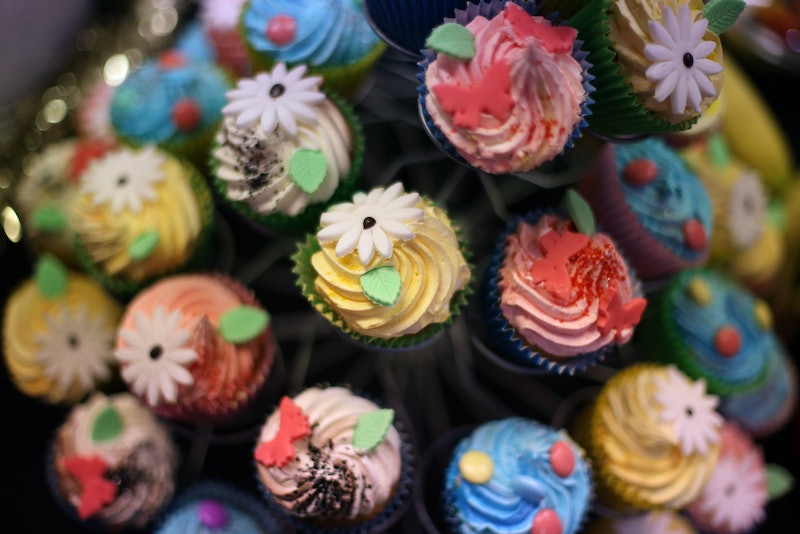 Ever since the most recent wave of skepticism over gluten-sensitivity this summer, many of the approximately 18 million people who claim some type of reaction to gluten have been the target of a new fad: gluten-sensitivity shaming. You may notice that your gluten-sensitive friend is a little quieter when ordering that gluten-free meal, or a little quicker while grabbing that last bag of Udie bagels off of the shelf at Trader Joes. Somehow, the tide of support has shifted, turning gluten-sensitivity into that ugliest of words: fad.

Diet fads come and go. But the difference with gluten-free eating is that many people are following the diet in order to address real and significant health concerns, many times at the suggestion of their doctors. Of course, that hasn't stopped the haters from poking fun.

Let’s just say I didn’t run to Le Boulangerie the second I read one of these incendiary headlines (Jezebel’s “Gluten Sensitivity is Apparently Bullshit” is my personal favorite). Articles, I might add, that are based on a single study of 37 self-reported gluten-intolerant individuals in Australia. One study a scientific conclusion does not make, nor does it negate the large body of evidence that links non-celiac gluten sensitivity to a health problems ranging from allergies to GI issues to autism.

For those of you who still bear sympathy for your gluten-intolerant friends (and for those of you who recognize that other people’s opinions and food allergies should never be in the same room together) here is a friendly guide of things not to say when talking to your gluten-free friends. Trust me, they'll be grateful for the break.

"SO ... WHAT EXACTLY HAPPENS WHEN YOU EAT GLUTEN?"

You are putting us in kind of awkward position here. We can give you the gory details, but then you know the inner workings of our digestive systems, and you'll never look at us the same way.

THINGS WE ALSO MISS, if you must know:

Yeah, this rice cake is awesome though, thanks for reminding me.

"CAN'T YOU JUST HAVE ONE BITE OF THIS CUPCAKE?"

As much as we wish it were as simple as one cupcake= major stomach ache, one small bite of cupcake=tiny gas bubble, it's just not that predictable. So, we will probably have to pass you up on that offer. Not to mention, who wants just one bite of a cupcake anyway?!

Should we go get ramen, pizza, or crepes?

There is nothing for me there.

"I CAN REMEMBER TONS OF TIMES THAT YOU ATE GLUTEN AND you SEEMED FINE."

The thing is, we didn't know we were sensitive then, so we probably weren't keeping track of our diet and subsequent reactions. Also, if we did get sick, we probably didn't think to call you the next day from the bathroom and tell you all about it.

"ARE YOU JUST DOING THIS TO LOSE WEIGHT?"

As much as most of us would love to lose five pounds, that is probably not the reason we cut gluten out of our diets. Some people actually gain weight when they stop eating gluten, since the food (and calories) are actually sticking around after we eat them (if you know what I mean…).

"DID YOU READ THAT ARTICLE THAT proved GLUTEN-SENSITIVITY ISN'T REALLY A THING?"

Chances are, we did read some version of media highlighting that one study. It probably had a catchy title like "Gluten Sensitivity is FAKE bitches!!!" Somehow, this study of 37 people is far less persuasive than our own experiences, the advice of our doctors, and all the research that came before it.

"ARE YOU SURE THAT IT ISN'T ALL JUST IN YOUR HEAD?"

I don't know, why don't we test that theory and then you can take a look at my toilet boil and let me know.

More like this
The 5 Best SLS-Free Toothpastes, According To Dentists
By Amy Biggart and Danielle Calma
The Spiritual Meaning Of Angel Number 000, Explained
By Kristine Fellizar
TikTok's Butter Board Might Be The New Cheese Plate
By Emma Carey
Deliveroo Is Selling Lotus Biscoff Cinnabons Now
By Darshita Goyal
Get Even More From Bustle — Sign Up For The Newsletter