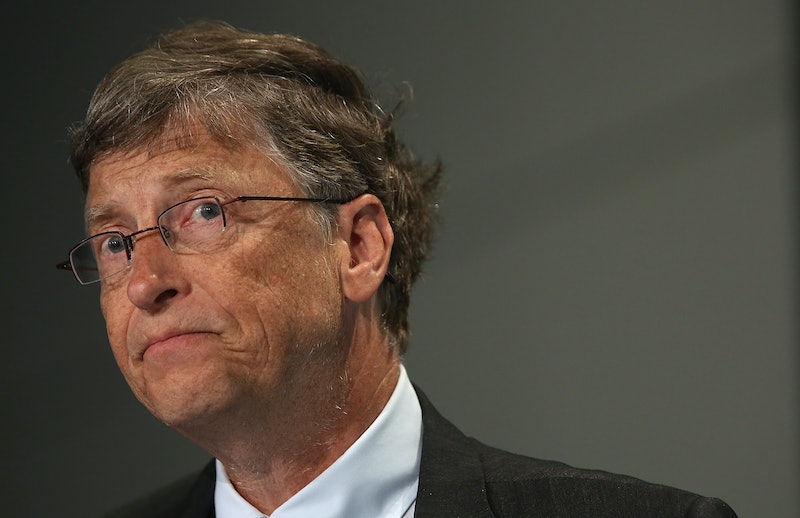 And today in sobering one percenter news, we have this: A gorgeous map displaying the richest people in America by state. The real estate magicians over at Movoto scoured Forbes and Celebrity Net Worth for data about the wealthiest people living in all 50 states in the U.S. — and, both unsurprisingly and dishearteningly, most of them are men. Siiiiiiiigh.

According to the map, only nine women top their state’s list of wealthiest denizens. In order from most ridiculous to slightly less ridiculous, they are:

Other things that do not surprise me include the fact that the top to slots belong to the Waltons. Yawwwwwwwn.

Although you do sort of have to wonder if they have any opinion on that whole ice cream sandwich debacle.

Anyway, what is sort of interesting, though, are the number of women on Forbes’ list of the richest women in America from 2013 who didn’t make the cut. Among them are:

For the curious, Movoto determined that generally, each of these fabulously wealthy people achieved their fortunes in one of three ways: They’re entrepreneurs, heirs or heiresses, or widows. About half of the folks featured on the map founded companies; and as far as inheritance goes, well, there’s no clearer example of this method in action than the Waltons. Interestingly, education doesn’t seem to have too much of a bearing on wealth; after all, Bill Gates, far and away the wealthiest person in the country with a net worth of $800 billion, dropped out of college.

Still, though. If there’s ever been proof that the gender wage gap exists, this is it — and it’s proof that it happens all across the spectrum, all the way up to the upper echelons of society. Your move, economy.

Check out the map below, and head on over to Movoto for another eye-opening map that highlights how the net worth of all these super rich people contrasts with the average wealth of the nation. More like this
Black Women's Equal Pay Day Highlights An Upsetting Problem
By Brandi Neal
10 Ways To Be More Empathetic To Your Partner
By Raven Ishak and Lexi Inks
Think Your Partner Is Cheating? These Tarot Cards May Confirm Your Suspicions
By Kristine Fellizar
The 19 Best Tweets & Memes About Bisexual Awareness Week
By Lexi Inks
Get Even More From Bustle — Sign Up For The Newsletter