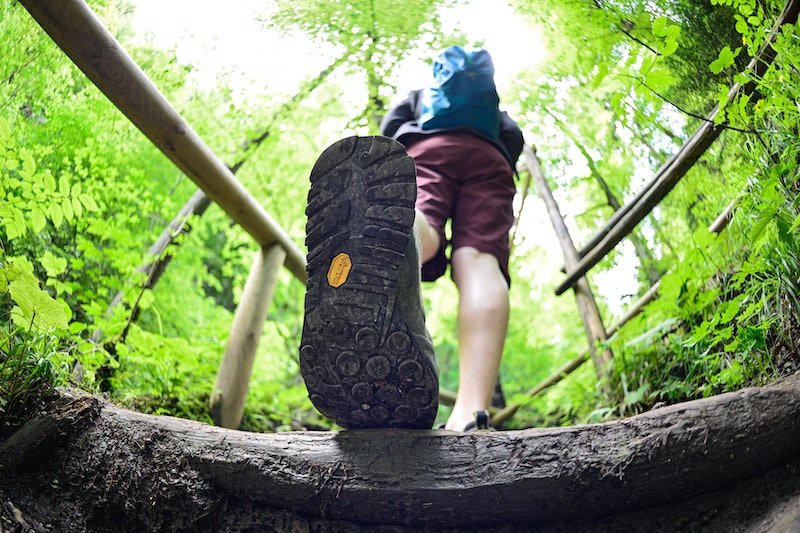 Going abroad — whether for an academic semester or because you just feel like it, dammit — is an experience that can change the course of your life (or at least should, if you do it correctly). There's so much to see, so much to experience, so many places to go, and, of course, so much to eat.

Whether you already have a trip planned for the upcoming semester, or you’re trying to decide where it is you want to go next year, I’ve compiled a reading list that is sure to inspire your taste for adventure. Read these 11 books, from Ernest Hemingway's A Moveable Feast to Maya Angelou's All God's Children Need Traveling Shoes, before embarking on your trip.

Why? They'll help whet your appetite to hop a plane now and get you prepped to experience the wonder, the strangeness, and the beauty of living in a foreign place. Trust me — these books are way better than any travel guide you’ll read. (But, um, you might want to pick up one of those, too.)

A Moveable Feast by Ernest Hemingway

The quintessential expat memoir, Hemingway's A Moveable Feast recounts his life in Paris in the 1920s: writing, starving, drinking, wandering, and mingling with legends like Gertrude Stein, Ezra Pound, and F. Scott Fitzgerald. The work captures perfectly what it means to be an American abroad, in Paris or any city; it's incredibly lonely, but energizing like nothing else.

If you are lucky enough to have lived in Paris as a young man, then wherever you go for the rest of your life, it stays with you, for Paris is a moveable feast.

Notes of a Native Son by James Baldwin

James Baldwin, who would have turned 90 this year, is one of the great American essayists. His first nonfiction book, Notes of a Native Son , grapples with the darker side of travel, of being an outsider, both at home and abroad. The book's moving final essay, "Stranger in the Village," recounts his experience in a small Swiss village, where he's the first black man the townspeople had ever seen.

All of this, in which it must be conceded there was the charm of genuine wonder and in which there were certainly no element of intentional unkindness, there was yet no suggestion that I was human: I was simply a living wonder.

My Life in France by Julia Child

This delicious, iconic autobiography spanning the years 1948 through 1954 chronicles Julia Child's life with her husband in Paris, Marseilles, and Provence. Naturally, there's a lot of eating, laughing, and drinking, which is what going abroad is all about. Warning: This book will make you hungry. Thankfully, there's an index including many of her fabulous recipes.

Maybe the cat has fallen into the stew, or the lettuce has frozen, or the cake has collapsed. Eh bien, tant pis. Usually one's cooking is better than one thinks it is. And if the food is truly vile, then the cook must simply grit her teeth and bear it with a smile, and learn from her mistakes.

Me Talk Pretty One Day by David Sedaris

American humorist David Sedaris' hysterical collection of essays Me Talk Pretty One Day is divided in two parts: the first half is his life before moving to Normandy, France, and the second half is his life après the move, which follows his hilarious attempts to learn French and wrap his mind around the culture.

On my fifth trip to France I limited myself to the words and phrases that people actually use. From the dog owners I learned "Lie down," "Shut up," and "Who shit on this carpet?" The couple across the road taught me to ask questions correctly, and the grocer taught me to count. Things began to come together, and I went from speaking like an evil baby to speaking like a hillbilly. "Is thems the thoughts of cows?" I'd ask the butcher, pointing to the calves' brains displayed in the front window. "I want me some lamb chop with handles on 'em.

In a Sunburned Country by Bill Bryson

Bill Bryson is a master of the modern travel essay. In a Sunburned Country , perhaps his funniest book, follows his journey through Australia, that hot, dry, strange, kangaroo-filled country, where he explores the cities, deserts, ocean, people, and regions with weird names (Tittybong!). Bryson's cheery and supremely curious travel ethos will inspire you to adopt a similar attitude on your journey abroad.

In the late afternoon, I stopped at a roadhouse for gas and coffee. I studied my book of maps ... Then, having nothing better to do, I leafed through the index and amused myself, in a very low-key way, by looking for ridiculous names, of which Australia has a respectable plenitude. I am thus able to report that the following are all real places: Wee Waa, Poowons, Borrumbuttock, Suggan Buggan, Boomahnoomoonah, Waaia, Mullumbimby Ewylamartup, Jiggalong, and the supremely satisfying Tittybong.

First published in 1869, Innocents Abroad chronicles Twain's journey on a chartered vessel through Europe and the Holy Land, with stops in Marseilles, Rome, Odessa, and Tangier, Morocco. This is an especially good read for study abroaders who are planning on taking cheap flights to random places every weekend, because we all know study abroad is not about studying.

We wanted something thoroughly and uncompromisingly foreign — foreign from top to bottom — foreign from center to circumference — foreign inside and outside and all around — nothing anywhere about it to dilute its foreignness — nothing to remind us of any other people or any other land under the sun. And lo! in Tangier we have found it.

The fifth book in legendary poet Maya Angelou's seven-part autobiography describes her experience living in Accra, Ghana, at the age of 33, as she explores what it means to be African-American, and whether Africa is truly "home." Of course, Angelou's complete mastery of language makes the book a beautiful and wonderfully challenging read.

If the heart of Africa remained elusive, my search for it had brought me closer to understanding myself and other human beings. The ache for home lives in all of us, the safe place where we can go as we are and not be questioned. It impels mighty ambitions and dangerous capers.

The Places in Between by Rory Stewart

In 2002, the same time as America's invasion of the country, Scottish author Rory Stewart traveled across north-central Afghanistan: by foot and completely alone. Named one of the top 10 books of 2006 by The New York Times, The Places in Between is moving and thoughtful, and, at times, devastating, never more than when he visits the Buddhas of Bamyan, two historical Buddha statues from the 6th century that had just been bombed by the Taliban. The book is a prime example of what it means to truly be present in a place, however uncomfortable or difficult that can be.

I had been walking one afternoon in Scotland and thought: Why don't I just keep going? There was, I said, a magic in leaving a line of footprints stretching across Asia.

Italian Ways: On and Off the Rails by Tim Parks

British author Tim Parks explored Italy by train, navigating the country's impossibly complex and unreliable (as I know from experience) rail system filled with strange rules, signs, and customs. Parks, who married an Italian woman and has raised a family in Verona while teaching at the university, captures the heart and soul of the country through his smart, witty investigation of something as seemingly mundane as train travel.

To see the country by train is to consider the crux of the essential Italian dilemma: Is Italy part of the modern world, or not?

In Patagonia by Bruce Chatwin

The 1977 classic travel book follows English author Bruce Chatwin's journey from Lima, Peru to Patagonia, where he spent six months. The book, divided into 97 sections, defies the standard structure of travel narratives by almost entirely rejecting linearity, which makes it the perfect read for all self-identified wanderers who refuse to follow straight paths.

To lose a passport was the least of one’s worries. To lose a notebook was a catastrophe.

Rambles in Germany and Italy by Mary Shelley

Mary Shelley, the 19th century author of Frankenstein, took two trips with her son through Europe after the death of her husband and two of her children. The journey, while deeply sorrowful, is recounted with energy and vitality. Novelist Muriel Spark wrote that Shelley's writing in Rambles "contains more humour and liveliness than occur in anything else she wrote."

I have found it a pleasant thing while traveling to have in the carriage the works of those who have passed through the same country. Sometimes they inform, sometimes they excite curiosity. If alone, they serve as society; if with others, they suggest matter for conversation.