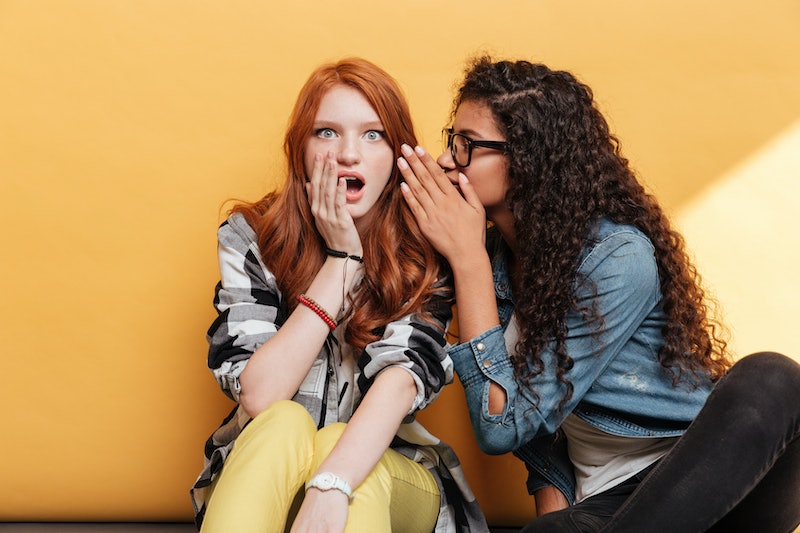 In January, Secret — an anonymous sharing app designed for iPhone and Android devices — launched, announcing that it had raised more than $1.4 million in funding. By mid-July, the app’s founders had raised over $25 million, and had begun exploring additional in-app revenue streams. While some have dubbed it the anti-Facebook, as users are able to post messages to friends with complete anonymity, others have raised concerns over the app’s potential to enable cyberbullying.

The app's description touts the ability to "share anonymously with friends co-workers, and people nearby," and allowing users to "find out what [their] friends are really thinking and feeling."

"Secret feels like a masquerade ball," co-founder David Byttow told TechCrunch in February. "You know who's on the guest list, but you don't know who is saying what. This isn't necessarily about sharing secrets. It's about sharing secretly. People feel a sense of belonging or validation when we're all feeling the same things. I hear people's internal dialogues and they resonate with me."

If Byttow's dream of a world in which anonymity leads to "a sense of belonging" and "validation" sounds unrealistic, that's because it is. Reviews of the app are flooding in from users who claim they’ve been harassed and bullied. Anti-bullying organizations have reached out to Byttow and others in hopes of addressing the app’s potential to function as a platform for bullying.

As a transgender person and someone who writes openly about LGBTQ issues, I have personally been a near-constant target of cyberbullying, and I know all too well how the feeling of anonymity provided by the Internet emboldens potential antagonists. The e-mails, tweets, and comments I receive related to things I have written could fill a short book. Whether these comments have to do with my appearance or the content of my writing, I can say from first-hand experience that the veil of the Internet brings out the worst in people, driving them to say things online that they wouldn't dare say to someone's face. I can only imagine how the total anonymity of secret-sharing apps like this would further embolden these bullies.

As a writer who made the decision to make large portions of my personal life available to anyone with an Internet connection, I've come to expect this type of harassment and anonymous hostility, and I'm usually unfazed. Even so, there are times where comments get to me, and I find myself enduring panic attacks, an uptick in depression, and even suicidal ideation. I understand that words hurt, and I've experienced how they can chip away at one's self-esteem. This is the danger of platforms like Secret, which is far from the first app to give users the ability to share messages and photos anonymously with friends, and certainly not the first to come under fire for enabling cyberbullying.

In January 2012, Frank Warren of the popular blog and book series PostSecret announced that his recently-launched PostSecret iPhone app was to be immediately discontinued after learning that it was being used to anonymously bully users. The following year, Warren posted on the PostSecret Facebook page to discuss Whisper, an app similar to PostSecret.

"Despite how the app is advertised, how it looks, and how the marketing is targeted at PostSecret fans on Facebook, there is zero connection with this new app and PostSecret," Warren wrote. "I don't support the current version of the app because I believe it's vulnerable to some of the same bullying and predatory behavior that caused me to kill the PostSecret App."

Tech blog PandoDaily has been one of Secret's harshest critics, accusing the app's founders of ignoring the potential social impact the app can have on the mainstream. Pando's Sarah Lacy writes:

"If Secret continues to grow with everyone trying to profit off of its popularity willfully justifying and ignoring the social cost, there will be Secret suicides. As a community, we will regret this. It will make the Craigslist killer and the Airbnb meth head-gate scandals look like nothing."

Apps that allow users to send anonymous messages to one another have been linked to suicides in the past. In September 2013, 12-year-old Rebecca Ann Sedwick committed suicide after being relentlessly bullied by anonymous users on ask.fm, Kik, and Voxer.

Is Lacy right? Will Secret be used as a cyberbullying weapon? According to several users, it already is. Will there be Secret-specific suicides? Only time will tell.

As for me, I urge Secret co-founders to meet with anti-bullying groups. I urge them to listen to the concerns of their users, and for them to hopefully conclude that if they are to continue to offer this app, they have a social — if not legal — responsibility to ensure that bullies aren’t provided a platform to terrorize unsuspecting victims.

It should be the goal of every organization to minimize the social cost of doing business. When Warren shuttered PostSecret, it was a result of him realizing that the social cost of offering this type of anonymous platform was far too high. Others — like the people behind Secret and Whisper — haven’t yet reached this conclusion, and I fear it will only be a matter of time before these platforms function as a haven for bullies, driving people like Rebecca Ann Sedwick to self-harm.