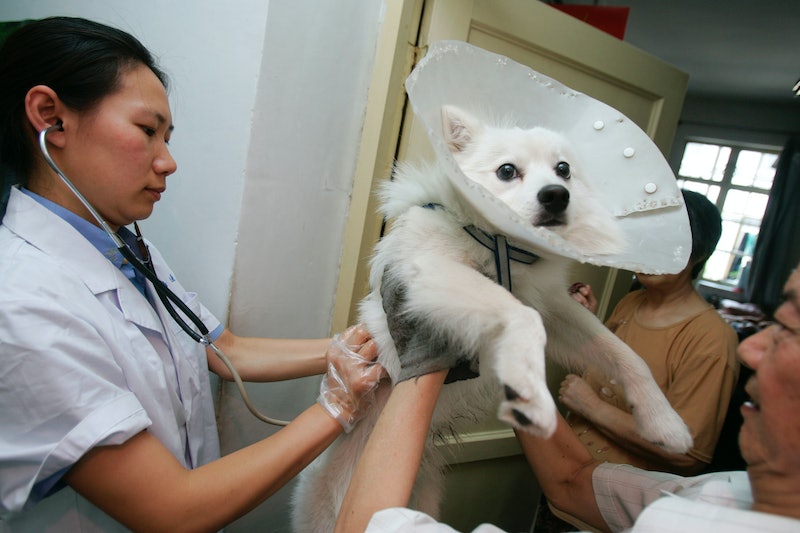 It's often discussed as a dilemma: Either you can make a bunch of money doing something evil (or at least not good), or you can do something "good for society" but spend your life living paycheck-to-paycheck. But maybe it's possible to reject this dichotomy. Thanks to Payscale.com data via Forbes, we now know that there really are opportunities to make good money doing something meaningful.

I looked at some surprisingly high-paid and low-paid jobs recently, but the high-paid ones weren't necessarily "meaningful" in any usual sense (transportation inspector, anyone?) If you don't want to choose between benefiting yourself and benefiting society, though, then these jobs are a better place to start your career scheming.

Unlike their less-trained and lower-paid therapist counterparts, 89 percent of psychiatrists find their work deeply meaningful while still making very comfortable livings ($192,800 is the median income).

The role of chief executive is somewhat misunderstood in popular culture, it seems. With a median annual pay rate of $124,600 and 74 percent reported meaningfulness rate, chief executives are apparently less egregiously overpaid but happier and more aligned with their companies than has often been assumed of them.

Who knew? There's apparently something really gratifying about operating nuclear power reactors, because almost three-quarters of these energy professionals find their jobs meaningful. With a median pay of $80,800, it might be worth seeking one of these relatively rare jobs (fewer than 8,000 positions in the United States, in just eight states).

No surprise here — surgeons literally fix people's bodies with their own two hands, and almost all of them do in fact find that work meaningful. Despite the huge amount of education required and the long hours surgeons put in, they find this work lucrative, too: $299,600 is the median income!

Eighty-one percent of physicists find their work meaningful, with a median annual pay of just over $100,000. If I had the math skills required to make six figures literally figuring out how the universe works on a daily basis, I sure would.

Looking for something that requires a little less genius and/or doctoral-level education? You could do much worse than to become a physician's assistant: 83 percent of these medical personnel find their jobs meaningful, and the $88,200 median salary is certainly nothing to sniff at.

Pets have an important place in many people's homes, and veterinarians make the experience of animal ownership as rewarding (and as minimally heartbreaking) as possible. Given how much I just paid for emergency spinal surgery for my dog, I'm a little surprised to learn that veterinarians earn a (still respectable!) $70,800 per year at the median instead of, say, $10 million per year. But fully 88 percent find their jobs meaningful.

You might think from legal system-inspired television that detectives (also known as "criminal investigators") are an overworked, burnt-out, unhappy lot. The fact of the matter is that almost 80 percent of detectives find their jobs meaningful, probably because they help to put real bad guys behind bars, thereby supporting public safety in a tangible way. The median pay of $70,400 is almost $20,000 above even New York City's median income, so those Law & Order detectives can stop complaining already.

More like this
Where Is Former Bachelor Host Chris Harrison Now & What Is His Net Worth?
By Hugh McIntyre
Black Women's Equal Pay Day Highlights An Upsetting Problem
By Brandi Neal
Here’s Your Daily Horoscope For September 27, 2022
By Mecca Woods
Here's Everything You Need To Know About Shuffling Your Tarot Deck
By Brittany Beringer
Get Even More From Bustle — Sign Up For The Newsletter