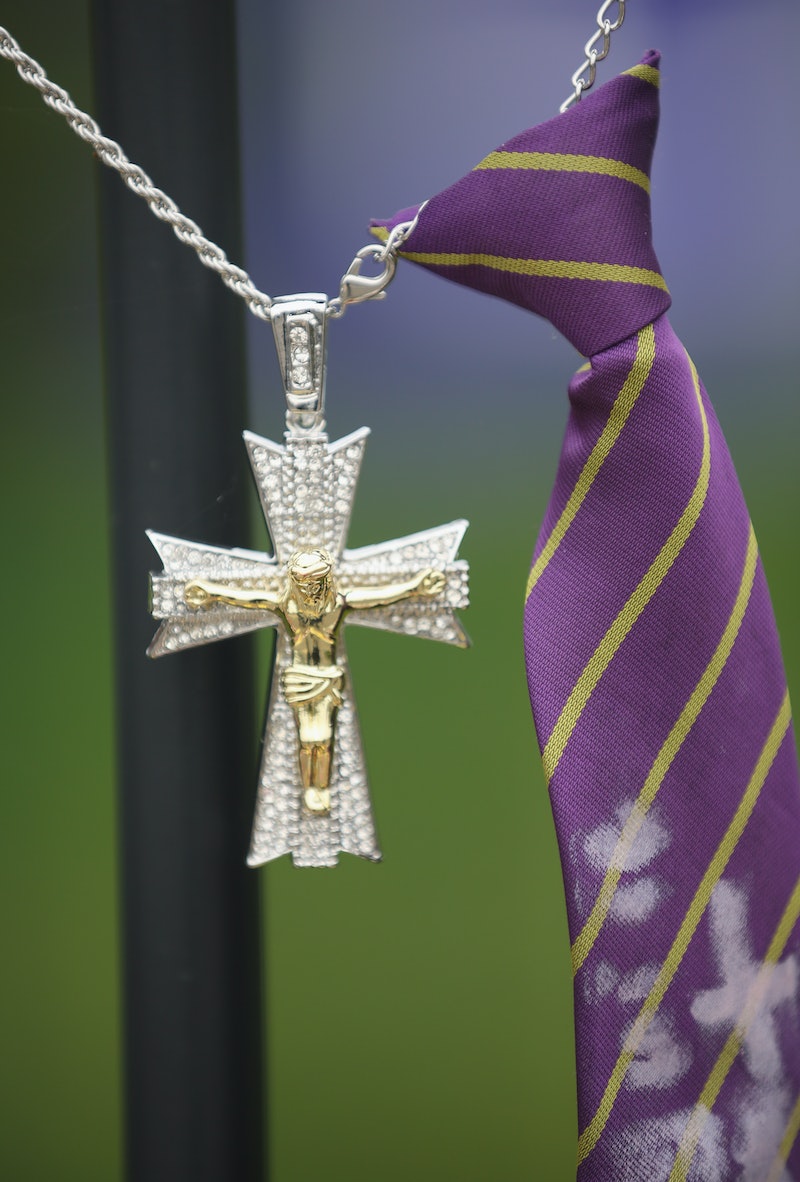 It's common knowledge that activists today often use hashtags to facilitate ongoing, inclusive conversations, especially among people who are often shut out of more conventional conversations. The past year has seen hashtags ranging from #SolidarityIsForWhiteWomen to #IAmJada to #YesAllWomen, to name just a few, and today social justice-minded Christians on Twitter are speaking out about privilege problems within the church using the hashtag #NotMyChristianLeader. And the frustration with racism, sexism, and basic hypocrisy is very apparent.

The #NotMyChristianLeader conversation was originally started by the Killjoy Prophets Collective, whose co-founders include Suey Park, an activist best known for her #NotYourAsianSidekick and #CancelColbert hashtags. Park explains that, in her view, both liberal and conservative Christian churches have a tendency to avoid critically examining broader issues. "On the Christian right," she told Bustle in an email, "we see many using God's 'justice' to really mean violent US nationalism. We live in a country that proclaimed 'one nation under God' when churches sold slaves and Manifest Destiny was used to justify genocide. On the Christian left, we see attempts for racial reconciliation that are often reductive, framing progress as 'both sides' moving forward while flattening histories and ignoring power imbalances."

Another Killjoy Prophets co-founder Emily Rice adds, "Oftentimes even the most progressive Christian leaders today still engage in respectability politics, in which women leaders can only speak about feminism or racial justice if they appear non-threatening and center the educational needs of those in power."

And it seems that plenty of other people within the Christian community are feeling similar frustrations. Since it started, the #NotMyChristianLeader hashtag has been used to share everything from sexist anecdotes to theological criticisms. It's the sort of conversation Park and Rice hope can help facilitate real change within the church, making it more inclusive and more aware.

"We want a bottom-up movement," Park explains, "in which we center the needs of the most marginalized, rather than creating token people of color as representatives within white evangelical frameworks." Such change is hard to achieve, whether happening within Christianity or anywhere else, but it is important. And uncomfortable conversations are a meaningful part of that. As Rice points out, "Disruption and difference are not only OK but necessary in dismantling a system that is dependent on the continuation and reproduction of white supremacy."

And it seems that lots of Christians on Twitter agree that something has to change.