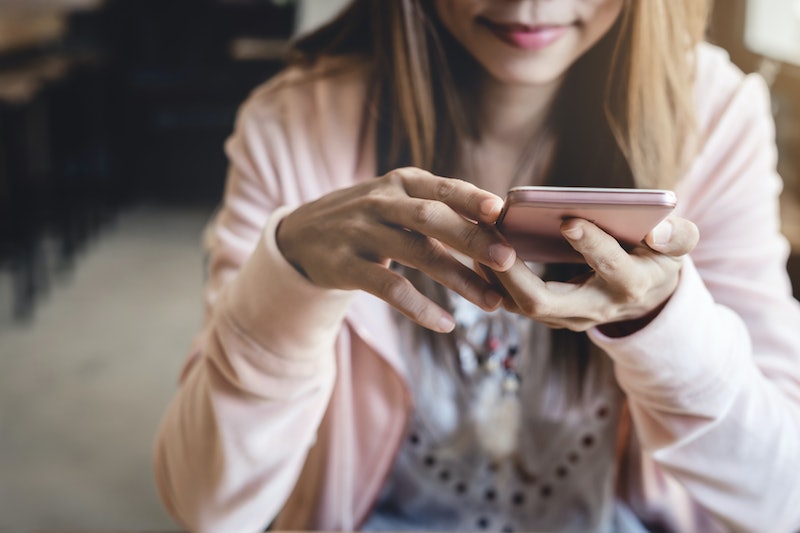 Teenage girls might be at a loss for words when bombarded with unsolicited dick pics, and who can really blame them. There isn’t much one can do with such a blatant confession of "affection," and one might be tempted to concede to the pressure and respond with an equally explicit photo. But police in Canada (yes, police are dealing with dick pics now) have devised an alternative way for girls to handle these unfavorable circumstances with a new app appropriately named “Send This Instead.” The app equips its users with 57 bold responses that will put offenders in their place. Responses include:

Sorry, just in the middle of something…Can I reject you later?

That would violate both my data and my dating plans.

No, but keep taking the selfies. The cops will appreciate you making your own mugshot.

Why, so you can share them with the friends you don’t have?

I can’t send you nude photos, but I’ll forward this to my dad and you can try asking him for some.

Manager of the sex crimes unit of the Ontario Provincial Police, Scott Naylor, is responsible for this ingenious creation. After having been “bombarded with complaints about sexting” over the last two years, he decided he wanted to help empower girls with a strong voice. He is not personally responsible for each individual witticism, however. The police confess that they asked “all the funny people [they] knew” to help them come up with these responses. Still, the police have never been so cool.

While the app is currently tailored to protect Canadian teens, the program will be available worldwide when it is officially launched at the end of August.

Download this and the feminist phone intervention service, and you're cyber-safe for life. Back to your corner, creepy naked dude.

More like this
25 Inspiring Quotes From Black Women To Celebrate Black History Month
By Kyli Rodriguez-Cayro and JR Thorpe
Ashamed Of Your Screen Time Stats? Here's How To Change That
By Alexis Morillo
How To Turn Off TikTok Profile Views So You Can Stalk Other Accounts In Secret
By Alexis Morillo
24 History-Making Black Women You Probably Didn't Learn About In School
By Ayana Lage and JR Thorpe
Get Even More From Bustle — Sign Up For The Newsletter
From hair trends to relationship advice, our daily newsletter has everything you need to sound like a person who’s on TikTok, even if you aren’t.