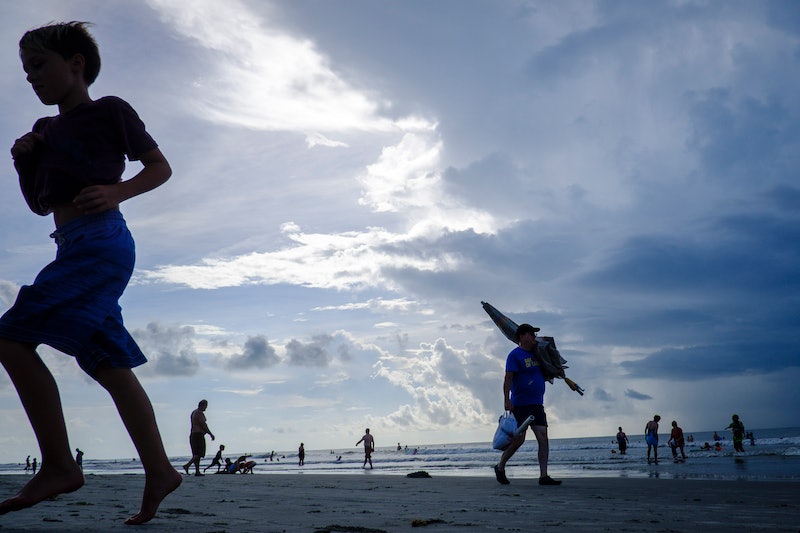 With lists ranking U.S. cities in every capacity imaginable — from “nerdiest” to “most likely to survive the zombie apocalypse" — it seems as though each zip code has received some sort of bestowed-by-the-Internet label at this point. The latest city to achieve a searchable spotlight? Charleston, South Carolina, or the "friendliest" city, according to Condé Nast Traveler's annual list of the 10 most and least friendly cities in the U.S.

According to Opposing Views, Condé Nast Traveler contacted 80,000 readers to take the annual Reader’s Choice Survey. Participants were asked to rate cities they’d visited in the past year in several areas, including friendliness. Charleston, South Carolina; Savannah, Georgia; and San Antonio, Texas received the highest "friendliness" ratings. On the opposite end of the spectrum, Newark, New Jersey; Oakland, California; and Hartford, Connecticut were declared "least friendly" by Traveler readers. Hm.

So ... what makes Charleston so special? Or, should I say "welcoming”? According to Condé Nast Traveler, people who visited the city absolutely loved this “quaint and special little gem.” The magazine notes that the "southern hospitality" was responsible, according to readers, and that the city is loaded with culture, history, “natural beauty,” art, shopping, and great food. Not going to lie, all of that sounds pretty fantastic right now.

Condé Nast Traveler explains that the “airport city” is too “crowded and overpriced” according to participants. Although the city received mixed reviews, it seems as though one wouldn’t want to choose this as their dream honeymoon getaway (unless they love Portuguese cuisine and airport smell).

Take a look at Condé Nast Traveler's full lists below:

The 10 Friendliest Cities in America

The 10 Least Friendly Cities in America

Take note that eight out of the 10 friendliest cities are, in fact, located in the south. On the flip-side, most of the "unfriendly" spots either went to larger cities or ones located in the northeast. As someone who has lived in both the south and the northeast — Austin, Texas, and New York City — I would be happy to sit here and argue that they're both "friendly" in their own wonderful, and drastically different ways. But that's Austin and New York. I'm curious to see how the residents of these cities feel, as opposed to the Condé Nast Traveler survey participators who helped create this list. I'm also curious to see if Charleston is just as magical as the travel magazine described it. ... Seriously though, they're a great taco bar away from being my next vacation destination.

More like this
Craving The Beach? Here's Your Guide To A Solo Vacation In Turks & Caicos
By Alexis Morillo
The 5 Best Laptop Power Banks
By Vanessa Spilios
These 4 Zodiac Signs Are In The Clear During September’s New Moon
By Brittany Beringer
Chris Kaba's Family Continue Fight For Justice After Viewing Police Bodycam Footage
By Sophie McEvoy
Get Even More From Bustle — Sign Up For The Newsletter