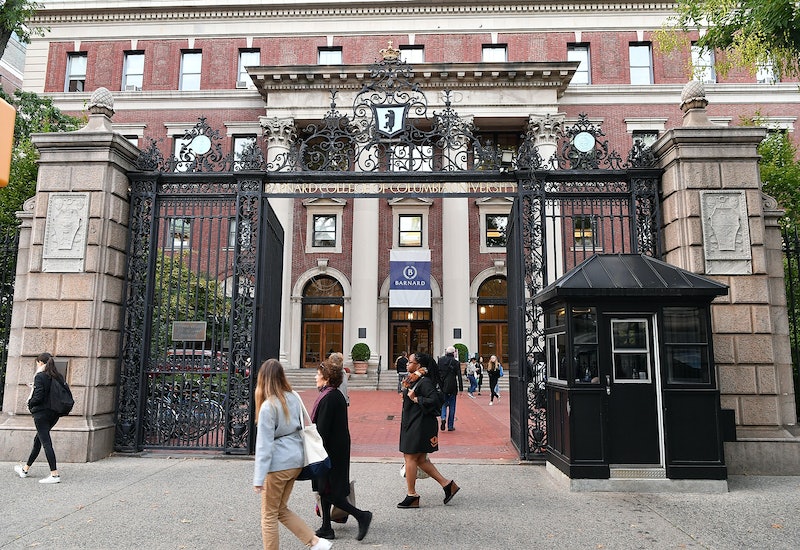 Yep. I’m one of those people. And yes, that’s a shameless plug for my alma mater up top.

Although college isn’t for everyone, if you did decide to pursue it, don’t go into it thinking you’re signing up for four years of academic misery and financial ruin. They might not be the absolute best years of your life — after all, life is pretty long — but you know what? They do have the potential be some of the best years of your life.

I don’t usually like to quantify education by facts and figures; I’m a firm believer in the fact that you get out of college what you put into it. The same is true of any situation, but college is probably one of the first huge milestones in life where it’s definitely the case. And it’s about more than book learning (although obviously you’re there to learn) — it’s about getting out on your own for the first time, exploring new things, meeting new people, and learning everything from how to conduct research properly to how to deal with difficult and/or awesome situations.

So if you’re about to start your freshman year? Don’t freak out. You’ll probably have a blast. Here’s why.

1. Living somewhere totally different from where you grew up

Not only do you get to experience living in a different environment — for me, it was moving from the suburbs to the city — but even better, you won’t be running into people you’ve known your entire life every time you turn the corner. This also means there’s plenty of:

2. Meeting people you never would have encountered in your home town

It’s cliché, yes — but so much of college is about figuring out who you are. Why not have fun doing it?

4. PJs are acceptable attire 99 percent of the time

This is only true in college, so cherish those pajama-clad moments while you can.

6. Finding passions you never knew you had

Who knew you dug Latin so much? Or puppet theatre? Or modernist literature? Or chemistry? Or whatever?

Or the Big Sub, or the Naked Bike Ride, or whatever. They may be bizarre, but they’re also loads of fun.

8. Knowing you can take care of yourself

Although obviously there are exceptions, most incoming freshman haven’t lived away from home before. Even if you’re already pretty self-sufficient (everyone should at least know how to do their own laundry by the time they’re 18), it’s a whole new ballgame when you’ve got to plan your own meals, figure out whether it’s worth going to the doctor when you’re sick, and so on. It feels awesome when you think you've got a hold of everything like a "real grown-up" (whatever that is).

If it’s at all possible for you to study abroad, do it. Seriously. You will never again have the opportunity to live, study, and work in another country under quite the same circumstances as you will during a study abroad program. I still maintain that spending my junior spring at a drama school in London was one of the best decisions I ever made for so, so many reasons.

I was lucky enough to go to a high school that didn’t just teach according to standardized tests — but when you get to choose your classes and tailor what you study to your own interests, learning is awesome. It’s especially awesome if you happen to have great professors; even if you don’t, though, there’s definitely something to be said for subject matter that floats your metaphorical boat. Knowledge is power, man. Knowledge is power.

11. Doing things for yourself, not your parents (or anyone else)

Obviously you still have responsibilities — pass your classes so you don’t fail out, go to work so you don’t get fired, yadda yada — but you don’t have a parent or someone similar watching your every move anymore. It’s extraordinary how freeing that can be.

12. You can eat waffles for breakfast every day if you want to

13. And froyo for dessert

14. Sometimes on top of the waffles, because waffle sundaes are the best

I wouldn’t recommend actually eating waffles and froyo every day, but the fact that there’s both a waffle iron and a froyo machine in the dining hall to make it an option in the first place is what matters.

15. Being surrounded by like-minded people

I think one of the reasons I enjoyed college so much more than high school is because for the first time, I felt like I was surrounded by people with whom I actually had things in common — and I’m not talking just favorite books or a deep and abiding love of pizza. That’s not to say we were all cookie cutter versions of the same person; but most of my college friendships have been far more enduring than my high school ones — something which I’m sure happened for a reason. (And it's not because we hated the same people. I promise it was more positive than that.)

16. The pride of wearing a school hoodie

Will you ever wear it in public once you graduate? No. But you’ll wear it everywhere until then, and you’ll love every minute of it.

17. Living with your best friends

Your freshman year roommate probably won’t become your best friend; the same is true of the roommates you’ll have after you graduate. During the college years in which you get to pick your own roommates, though, you’ll probably have your best friends around pretty much all the time — and it’s kind of fabulous. Some of my favorite memories from college involve impromptu gatherings around our kitchen table, random trips to nearby 24-hour diners, and all sorts of other things you can only do when you live with your favorite people.

18. The resilience of your liver

Your hangovers will get much, much worse the older you get. But while we’re on the subject, drink responsibly, yes? Nothing kills a good time like alcohol poisoning.

Visiting your childhood home can get a little tricky — you’re not really a kid anymore, and both you and your family need to square with that — but it’s still often a nice break from the routine of school.

20. Everything is about possibility

I’m not by nature a terribly optimistic person, but I was definitely at my most optimistic in college. The world really is your oyster. You can pull anything out of it you want to.

More like this
Black Women's Equal Pay Day Highlights An Upsetting Problem
By Brandi Neal
The Spiritual Meaning Of Angel Number 000, Explained
By Kristine Fellizar
This Psychological Effect Might Be Keeping You From Hitting Your Goals
By Lexi Inks
Isa Guha Is Taking The Lead
By Charlie Mock
Get Even More From Bustle — Sign Up For The Newsletter