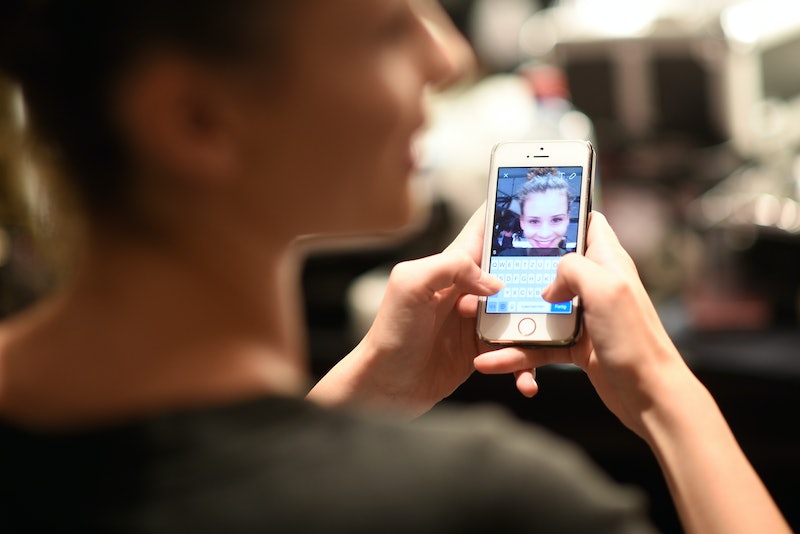 For those who feel a little limited by the Unicode emojis that come standard with most smart devices these days, good news: There are loads of alternatives out there, with more coming along every day. And hey, if you’ve ever wished you had the ability to, I don’t know, express how weird you felt when that dude at the bar spent the entire evening staring at your rack, you can. An Texticle, a new app, puts a whole set of “adult,” incredibly NSFW emojis at your fingertips.

I can’t say that emoji boobs were something I was absolutely dying to see, but, well… too late.

Not going to lie: Part of me saw the emojis offered and thought, “RIP, society.” Then again, we’re talking about emojis here, so… do with that what you will. I do have to say, though, that I kind of love the fact that Texticle has just about every warning possible on its iTunes App Store pages, including but not limited to:

Alas, it’s not free, which means I wasn’t able to test it out; my general rule of thumb when it comes to hilarious apps is that if it’s free, I’ll try it, but if it’s not, I’m not blowing my money on it. From what I can tell from the reviews, though, it functions similarly to iDiversicons when it comes to how it’s used: In order to insert its naughty, naughty images into your texts, emails, or Facebook posts, you have to open the app, select the one you want to use, copy it, and paste it in the message field.

Anyone with Texticle want to volunteer themselves as a guinea pig for some emojinalysis? I’d love to see what Dan Brill would make of someone’s most frequently used Texticle emojis. Weed, middle fingers, and bikini-clad breasts must make one helluva statement.

More like this
Why TikTok Is Flooded With Controversial Videos About "Pick Me Girls"
By Courtney Young
Here's How To Get Your iPhone To Update Automatically Forever
By Emma Carey
This TikTok Song About An Unrequited Romance Has FYPs In Shambles
By Emma Carey
26 Ghost Story Podcasts To Get You Ready For Halloween
By Jessica Booth, Mia Mercado, JR Thorpe and Emma Carey
Get Even More From Bustle — Sign Up For The Newsletter