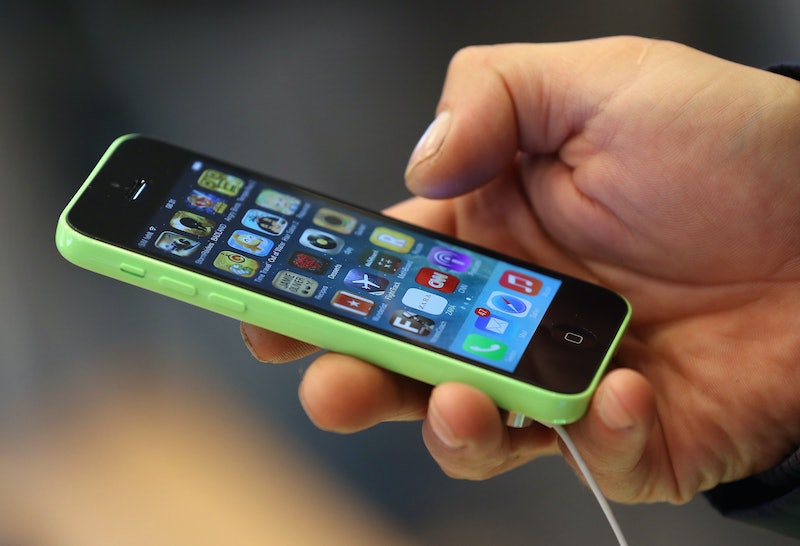 There are a lot of offensive apps out there, but while some of them are pretty blatantly awful, some are a lot sneakier. Like, for instance, Sketch Factor, the app that allows users to report their "sketchy" experiences in order to build a picture of certain neighborhoods for other users. Which in theory sounds great — until you think more about it and it starts to sound racist.

Obviously, all people have a right to be, and to feel, safe wherever they are. But it's also an inescapable truth that white people have a tendency to find people of color sketchy — after all, a sizable number (up to 46 percent in some instances) are willing to come out and blatantly say they support police using racial profiling. And then, of course, there are all too many cases in just the past few years when white distrust of black teenagers has had deadly consequences, from Trayvon Martin to Renisha McBride to Jordan Davis. So the idea that we should all just have faith that young, white people affluent enough to have smart phones aren't going to be flagging neighborhoods with people of color as "sketchy" is kind of laughable.

Never-the-less, the founders, a young white couple, insist the app is not racist. In fact, they say that the app can also be used to flag instances of racial bias. "As far as we’re concerned," said co-founder Allison McGuire, "racial profiling is ‘sketchy’ and we are trying to empower users to report incidents of racism against them and define their own experience of the streets." Which sounds great and all, but doesn't really make the allegations go away.

For one thing, most people don't really think of racial profiling or other instances of bias as being "sketchy" so much as being examples of structural oppression that can seriously fuck up your entire life if they go badly (see the aforementioned list of dead teens or the incarceration rates for people of color). If the founders wanted an app to help people of color navigate racist streets, they could have created one with that explicit purpose. And if they'd wanted that to be an integral part of their app, at the very least they should have reconsidered their name.

Furthermore, if the purpose of the app is meant to be about safety — real safety, not just perceived safety — then you'd think the app would rely on actual crime data, at least a little bit, as opposed to purely anecdotal reports. But no. The app will only tell you what "seemed sketchy" to other people. And if we are to assume that most of these users are young white people with smart phones, then it isn't long before people's internalized biases (the kind you are bound to pick up from a culture that has a serious representation problem) start to rear their ugly heads.

No, this app isn't intentionally racist. But that doesn't make it any better.

More like this
26 Ghost Story Podcasts To Get You Ready For Halloween
By Jessica Booth, Mia Mercado, JR Thorpe and Emma Carey
20 Smart Devices Under $35 That’ll Change The Entire Vibe Of Your Home
By Emma Carey
Why TikTok Is Flooded With Controversial Videos About "Pick Me Girls"
By Courtney Young
Here's How To Get Your iPhone To Update Automatically Forever
By Emma Carey
Get Even More From Bustle — Sign Up For The Newsletter