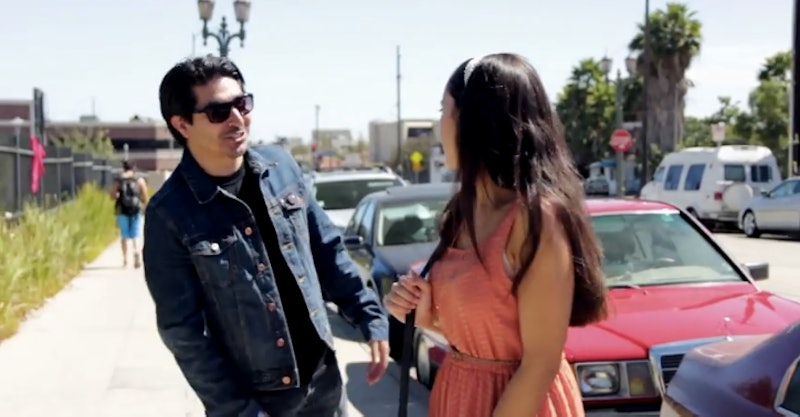 Street harassment can be annoying, it can be scary, and it can also be downright confusing — I mean, has the "shouting at random strangers" approach ever worked for anybody? Clearly, when guys catcall, they aren't actually trying to pick up a woman (or just aren't very bright), but now there's a new video here to tell us what they really are saying when they catcall. And it's pretty hilarious.

Street harassment is something that most women experience at some point in their lives. Sometimes it's as relatively harmless as guys who annoyingly want us to smile (don't worry, there's a camp to help you out with that). Sometimes guys take the entitlement inherent in street harassment a step further and actually assault women they see out and about. And in between there's a whole spectrum ranging from irritating to terrifying. But let's be clear, none of it is about actually getting a girl's number, not unless cat callers just have zero ability to detect patterns. (Or maybe there are girls who give out their contact info to men who shout obscene things at them for no discernible reason. What do I know?)

But if catcalling isn't about getting women to talk to you, what is it about? Well, it's probably mostly about the guys themselves. Just take a look. You will never hear street harassers the same way again.