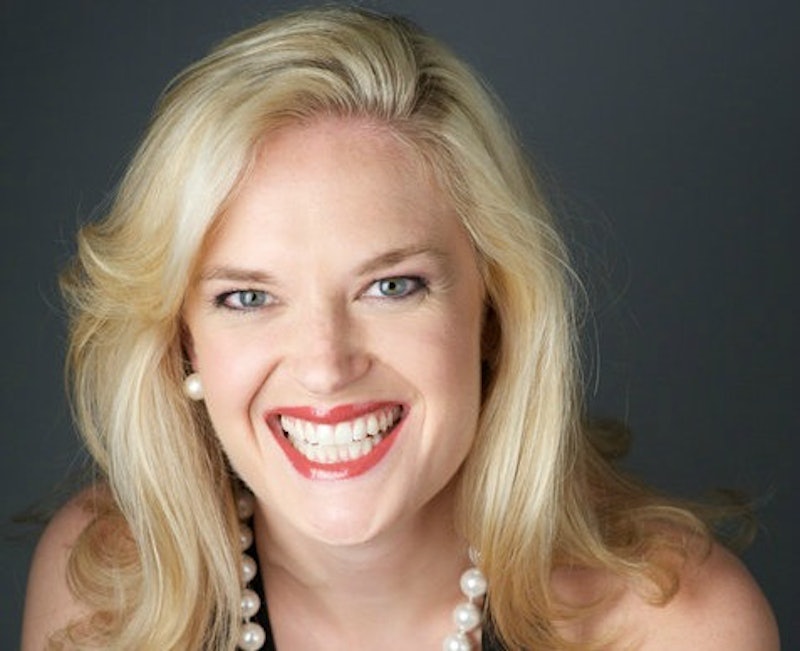 Oh, Kate the Wasp — never change! Comedian Kate Hendricks’ perfectly-coiffed, satirical take on the prototypical privileged white woman is back — and what’s she doing this time? Kate the Wasp is taking on the Ice Bucket Challenge. Awesome? Yes. Hilarious? Yes. A fabulous way to raise both awareness and funds for a terrific cause? Yes, yes, and yes.

For those of you who may not be familiar with it, the Ice Bucket Challenge is currently sweeping the Internet in support of Amyotrophic Lateral Sclerosis, or ALS (also known as Lou Gherig’s Disease). It involves filling a bucket with ice, shooting a video of yourself dumping the ice on top of your head, posting that video to YouTube, and nominating a few friends to follow in your footsteps. If you chicken out, you have to donate $100 to ALS research — although plenty of people are both completing the challenge and donating, which gives me just a little bit more faith in humanity.

According to Kate, she was nominated to take the challenge by her cleaning lady. The WASP-y gal doesn’t really know what ALS stands for; nor does she appear to know who Lou Gehrig is. She does know, however, that the challenge is for a good cause, and as such, she’s putting on her game face (and her signature string of pearls) and going for it. Is she successful? Well…

…Not so much. But hey, she did the honorable thing and donated $100 to the ALS Association following her failure. Good on you, Kate the Wasp!

I do have to say, my favorite part of the video is Kate’s list of nominees. How amazing would it be to see one (or all!) of those folks take a crack at the Ice Bucket Challenge? I realize that Bill O’Reilly and Megyn Kelly are long shots — but Stephen Colbert? He’s not totally out of the realm of possibility. After all, is Colbert’s conservative pundit character not the male version of Kate the Wasp, and vice versa? It’s a match made in heaven. For reals. Anyone have any contacts at Colbert’s camp?