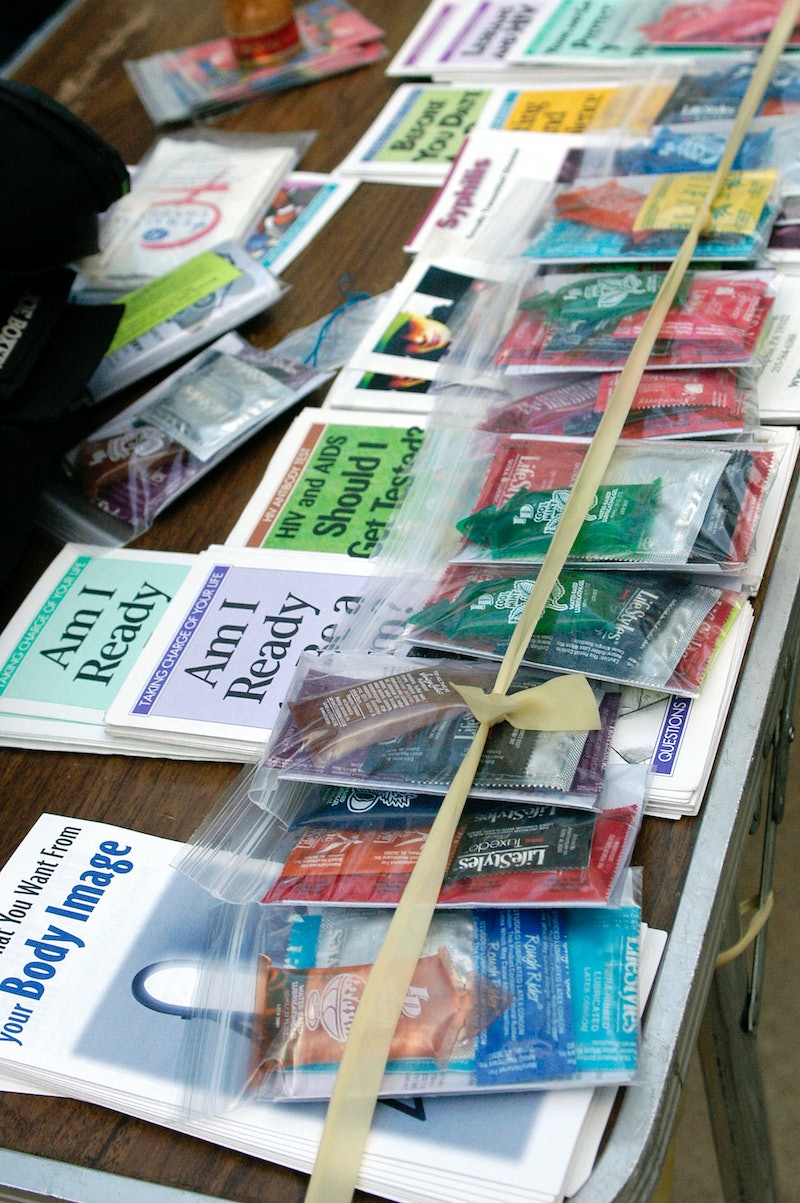 According to TODAY, parents of children in the Fremont Unified School District have started a petition urging the school board to discontinue the use of the book in 9th grade classrooms on account of its “extremely inappropriate” sex education topics. So far, the petition has been signed by over 2,000 people, and aims to get 10,000 signatures total. As a result of the uproar, the textbook, which was approved by the school board in June (to replace one that was introduced 10 years ago), has been shelved it for the time being.

So what, you ask, is just so “inappropriate” about the content?

One of the biggest problems people have had with the textbook is whether or not it’s age appropriate. Mrs. Jonna Carlile commented on the petition arguing that the district should find one “better fit for teaching health to young high school students, not 18-24 year olds.” Other commenters, like Mr. Lyon Yeoman, think that parents are “fully capable of introducing their children” to these subjects, as opposed to their health education teachers.

Some parents, however, agree that the book should be a part of the curriculum, explaining that they'd rather their kids learn about these subjects in a classroom versus on the Internet. Mr. Artur Ribeiro even signed the petition stating that "If there is one thing I have learned in recent years is that banning a book is a surefire way of making sure every kid will read it." (Cough, Harry Potter, cough.)

SFGate reports that the school board has no intention of removing the textbook entirely, and has instead been defending it. James Morris, Superintendent of the school district, tells SFGate that teachers in the district believe the textbook is an "asset" to the curriculum, stating that its contents can help them make "responsible decisions about their health." Parents also have the option of pulling their kids out of the class if they disagree with the material.

Though age is one of the larger issues here, a recent study says that learning about these subjects early on is actually a very good thing. Published in Global Public Health, the study notes that taking sex ed classes between the ages of 10 and 14 is an important part of learning about safe and positive sex practices.

Seeing as the 14-year-olds have access to the same internet I do — the one where Lars Von Trier's Nymphomaniac: Volume I and II are available for stream on Netflix (among oh, so many other things) — perhaps it's best that kids learn about more than just how to put a condom on a banana in their sex ed classes. As someone who gathered way too much information from episodes of Sex and the City, it would have been valuable to actually learn what bondage was in a classroom!