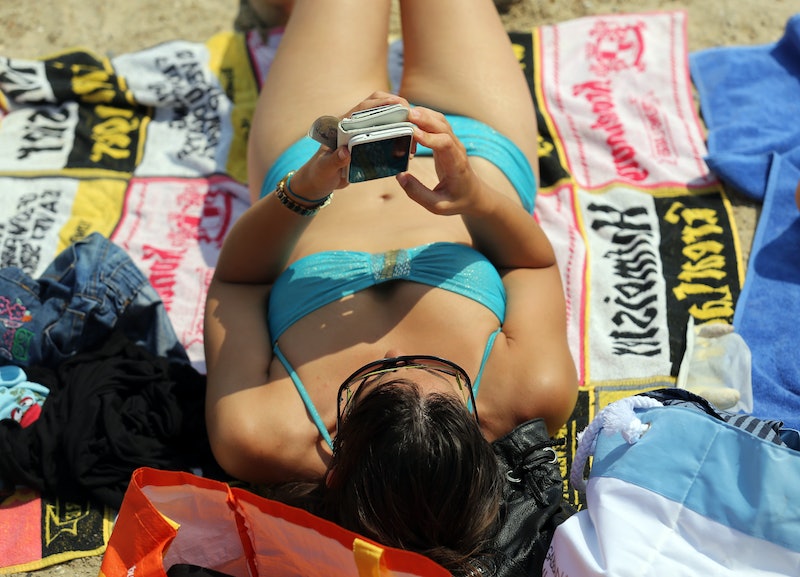 It’s no secret that most online dating sites and apps suffer from the same problem: Snap judgments based on profile pictures alone. OKCupid found that this was the case in a couple of those weird experiments they conducted; Tinder is pretty much entirely built on a “hot or not?” system; and even the kinds of messages you’re likely to get vary depending on how you look in your pictures. But for those who are getting a little tired of the same old game, there’s a new dating app in town. It’s called Willow, and its foundation is conversation — not pictures.

The creation of 23-year-old Michael Brunch, Willow has a “talk first, reveal photos later” philosophy. Unlike pretty much every other site and app out there, there’s no rating system or algorithm that matches people based on compatibility. “We believe the best way to get to know someone, and find out whether you like them, is by talking to them,” the app’s website states. “Instead of telling users who they should talk to, and what to like, we encourage users to talk with one another and find out who they like for themselves. A good relationship begins with a good conversation. A good conversation starts with a good question.”

Rather than having you fill out a standard profile full of your likes, dislikes, and favorite photos of yourself, it asks you to come up with up to three questions for other Willow members to answer. Anything goes; you can ask about everyone’s most embarrassing childhood memories, or how they feel about velociraptors, or whatever else you can come up with. Then, you browse the questions. Tap the ones that interest you to answer them; swipe to pass them by if they leave you cold. The goal is to start an awesome conversation — and only after you’ve gotten talking will your profile pictures be revealed. Oh, also? It's free in the iTunes App Store. Who doesn't love free things?

Speaking to Elle, Michael Brunch said of Willow, “What I realized was missing from a dating app, or an app that is meant to be social, was an actual conversational aspect. I wanted to create an app that got people talking.” The idea, he said, came from a guest lecture he attended a NYU on empathy. “She was basically saying, ‘Reach out to other people. Human beings are more empathetic than you think,” said Brunch — and though initially he thought his idea would make a nifty service help app, he later rejiggered it to suit the world of online dating.

Me? I think it’s a great idea; if I were actively dating right now, Willow would definitely be something I would look into. Sure, physical attraction is a big part of any relationship — but the fact that Willow introduces people to each other with a focus on what’s going on inside their heads, as opposed to what they look like on the outside, has the potential to do terrific things for online dating. After all, the best chemistry in the world won’t make up for totally incompatible personalities.

More like this
Why TikTok Is Flooded With Controversial Videos About "Pick Me Girls"
By Courtney Young
26 Ghost Story Podcasts To Get You Ready For Halloween
By Jessica Booth, Mia Mercado, JR Thorpe and Emma Carey
20 Smart Devices Under $35 That’ll Change The Entire Vibe Of Your Home
By Emma Carey
Here's How To Get Your iPhone To Update Automatically Forever
By Emma Carey
Get Even More From Bustle — Sign Up For The Newsletter