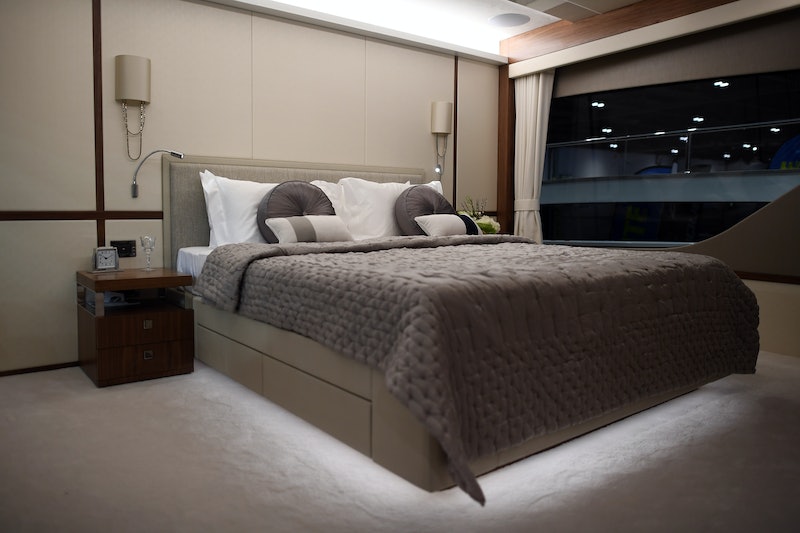 Do you have trouble falling asleep? Yeah, you, me, and an estimated 50 to 70 million people in the US, according to the CDC. Aside from the usual dos and don’ts — do practice a healthy lifestyle, don’t fall asleep to whatever is in your Netflix queue — there have to be some sort of sleeping hacks out there that don’t require a prescription…right? Well, thanks to Business Insider, we now know the possible factors coming between us and sleep, and more importantly, how to combat them. Here are a few ways to get better sleep tonight:

According to The Stir, alcohol is the most popular sleep aid in the world — and anyone who has ever had a single alcoholic drink can attest to that. But just because it helps you fall asleep, doesn’t mean it will help you stay asleep. HuffPo notes that it can actually disrupt REM (rapid eye movement) sleep, and will cause you to wake up after the alcohol wears off — usually three to four hours later. It’s also a diuretic, which basically means you’ll probably be making trips to the bathroom throughout the night (instead of sleeping). The alternative to cuddling with a glass of wine? Drink it earlier! I09 explains that quitting drinking four hours before sleeping is a great way to get better rest.

2. Put your iPhone in Airplane mode

Who hasn’t woken up to the sound (or screen light indicating) a late night text/social media alert/email? Well, as it turns out there’s more about that smartphone keeping you awake than just another Instagram notification. According to HuffPo, a study from 2008 found that those who were “exposed to mobile radiation” regularly had a harder time falling asleep, and maintaining sleep, that those who weren’t. The best way to combat both radiation and alerts? Lifehacker suggests putting your iPhone in Airplane mode to not only avoid all iPhone-related sights and sounds possible, but also so you can still use your alarm clock. Genius.

3. Avoid "tyramine" and tacos before bed

We all know that eating right before bed is a bad idea, but since the day is long, and eating is awesome, there has to be a right way of doing it, right? Aside from the the obvious (no coffee! no fat!) there are a few specific foods to avoid, like ones rich in “tyramine”. According to Sleep Junkies, tyramine is an amino acid that basically tells your brain to be more awake, and can be found in foods like bacon, aged cheese, and some vegetables. Business Insider also notes that it's a good idea to avoid spicy foods before bed, which can cause indigestion, which can really come between you and precious precious sleep. Opt for milk, or cherries instead!

To learn more about four more things that are probably keeping you awake, check out the video on Business Insider.

More like this
Got Brain Fog? Here Are The Best Supplements For Memory & Cognition
By Carolyn Steber
On TikTok, Tinned Fish Date Night Is The Latest Viral Food Obsession
By Emma Carey
This Psychological Effect Might Be Keeping You From Hitting Your Goals
By Lexi Inks
The 5 Best SLS-Free Toothpastes, According To Dentists
By Amy Biggart and Danielle Calma
Get Even More From Bustle — Sign Up For The Newsletter