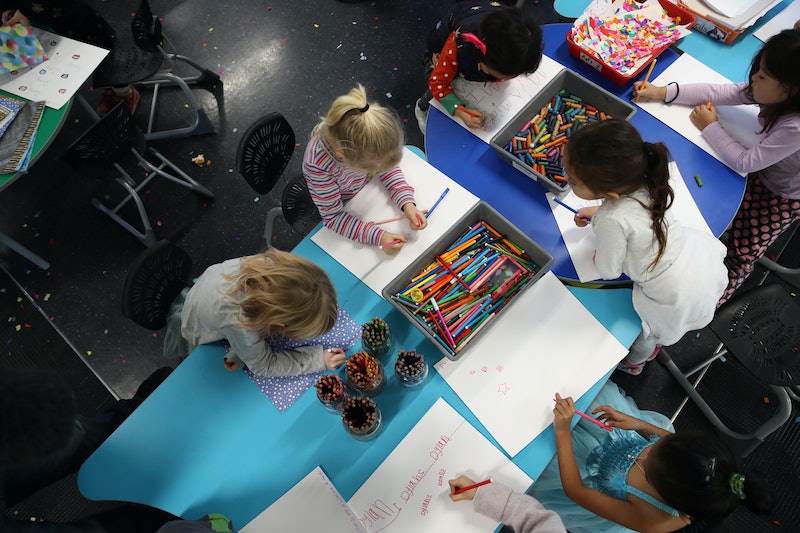 With back-to-school time in full swing, it’s to be expected that the quality of education would be on everyone’s minds. I’m long done with school and not a parent, so I’m perhaps a little less preoccupied with it than some; I love a good piece of number crunching, though, which means that, of course, I had to spend some time with WalletHub’s latest report. This time, the online finance resource — which you might remember as the same site that delved into the best and worst states for working moms and the most budget-friendly honeymoon destinations — used their data analysis superpowers to take a look at which states have the best and worst school systems in the U.S. Here’s what they found.

WalletHub first gathered its data from a variety of sources, including the U.S. Census Bureau and the National Center for Educational Statistics; then, using 12 metrics from student-teacher ratio rates to the number of bullying incidents, they ranked all 50 states plus Washington, D.C. How surprising are the results? Well, take a look for yourself. The top 10 included a lot of places in the Northeast, as well as a few states in the Midwest:

And the bottom 10 features a lot of Southern states, as well as Washington D.C.:

Did anyone else see New Jersey coming as the place with the best school system in the nation? How about D.C. as having one of the worst? Those stats both surprised me quite a bit; that ultimately just means that I’m not terribly in tune with the current state of public education below the university level in the country. Clearly, I need to add that topic to my regular reading list.

In less surprising news, though, there does seem to be a lot of overlap between the places with the worst schools and other less-than-stellar statistics: Nevada and D.C., for example, also have two of the highest dropout rates; D.C. and New Mexico have some of the lowest test scores for both reading and math; and D.C., Louisiana, Arkansas, and Mississippi have the highest percentages of students who repeat one or more grades. The good news is that New Mexico and Mississippi also have some of the lowest bullying incident rates in the country—which is more than Vermont, which is rated No. 3 on the “best” list, can say. It, along with Maine, Missouri, Michigan, and Idaho, ranks among the places with the most bullying incident rates around. Ouch.

But as Elizabeth G. Hines at Alternet notes, it’s worth taking rankings like this with a grain of salt. She spoke with Paul L. Thomas, professor of education at South Carolina’s Furman University, who said, “Rankings in education are almost always misleading…because the measurements used are strongly correlated with affluence and poverty. Thus, as with many school report cards, we could have predicted the rankings simply by looking at socio-economic indicators of states.” Thomas suggested that a better way to help parents would be “to present (and not rank) how equitable states are in their funding, what access all students have to advanced courses and experienced teachers, and how states address tracking and other policies that sort students once they are in schools.” Instead of framing the data as “best” and “worse” or “good” and “bad,” this method might give parents the tools to better decide how and where to educate their kids.

For the curious, this interactive map gives you a closer look at each state; you can also head on over to WalletHub for the full ranking.