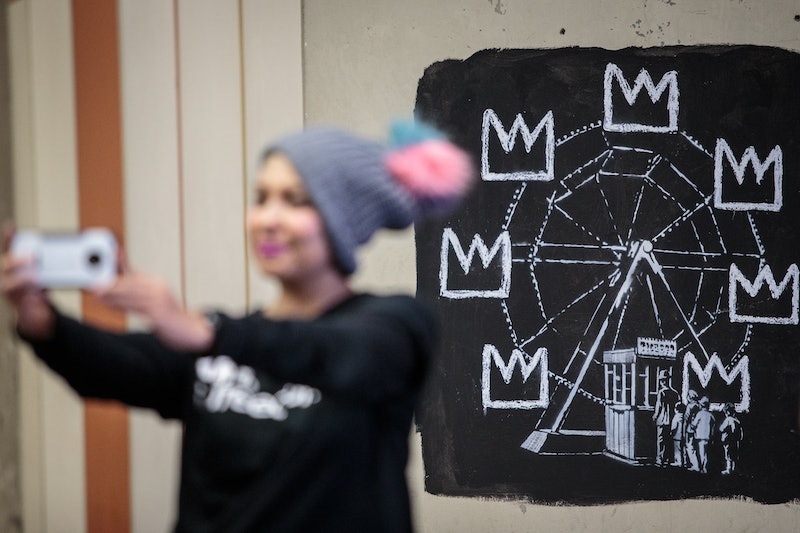 Confession: I haven’t seen Boyhood yet. I would really like to, but unfortunately I live in an area completely devoid of the types of cinemas that would actually play it (sometimes suburbia is a real drag). But hey, at least I can watch this video instead; it’s perhaps a poor substitute, but it’s still kind of neat: Hugo Cornellier, a teenager based in Montreal, has snapped a photo of himself every day for the past seven years and assembled them all into one video. It’s kind of like Boyhood: The Selfie Edition , minus Patricia Arquette.

Cornellier is 19 now; he began the project back in 2007, when he was 12 years old (cue the wail of “good gravy, I’m getting old” — seven years ago, I was fresh out of college and just starting graduate school). According to the Daily Dot, he got the idea after photographer Noah Kalina posted a video of his own six years of selfies back in 2006. The change seen in Cornellier’s video is perhaps more dramatic than it is in Kalina’s; this is to be expected, as Kalina’s covers the ages of 20 to 26, while Cornellier’s documents the ups and downs of puberty. Here, take a look:

Honestly, what I’m most impressed with is Cornellier’s ability to make the exact same face in every photo. Me? I never really know what to do with my face when taking photos, which means I’m pretty much incapable of taking consistent (and, y’know, good) pictures. Photogenic? Not so much. And yet amazingly, Cornellier maintains the same face in each and every image — which, in turn, allows us to see quite clearly how he grows over time.

This isn’t the first video Cornellier has posted, by the way; in 2011, he compiled the first four years of his project, stuck it on YouTube, and conducted an AMA on Reddit about it. At the time, he said that he planned on continuing the project his entire life; he noted that he’s been “pretty obsessive” about it, taking his laptop everywhere he and his family went so he could snap his daily photo no matter where he was. Looks like he wasn’t kidding about his dedication; his latest video (and all the prior ones) is proof of the fact.

Unlike Rebecca Brown’s astonishing “She Takes a Photo” video, there doesn’t seem to be an underlying reason behind Cornellier’s project beyond “let’s just see what happens”; it’s still powerful, though, albeit in a different way. I don’t know about you, but I have a hard time seeing change in myself — sure, I can spot it when I look back at photos of myself from 10 or 15 years ago, but day to day, my brain still thinks I look the same now as I did when I was in my early teens. Photo projects like Cornellier’s, Kalina’s, and Brown’s, though? They let you step back and see it all from a distance, which can sometimes reveal things about ourselves we might not have noticed before.

For the curious, here’s the video from Noah Kalina that inspired Cornellier all those years ago: