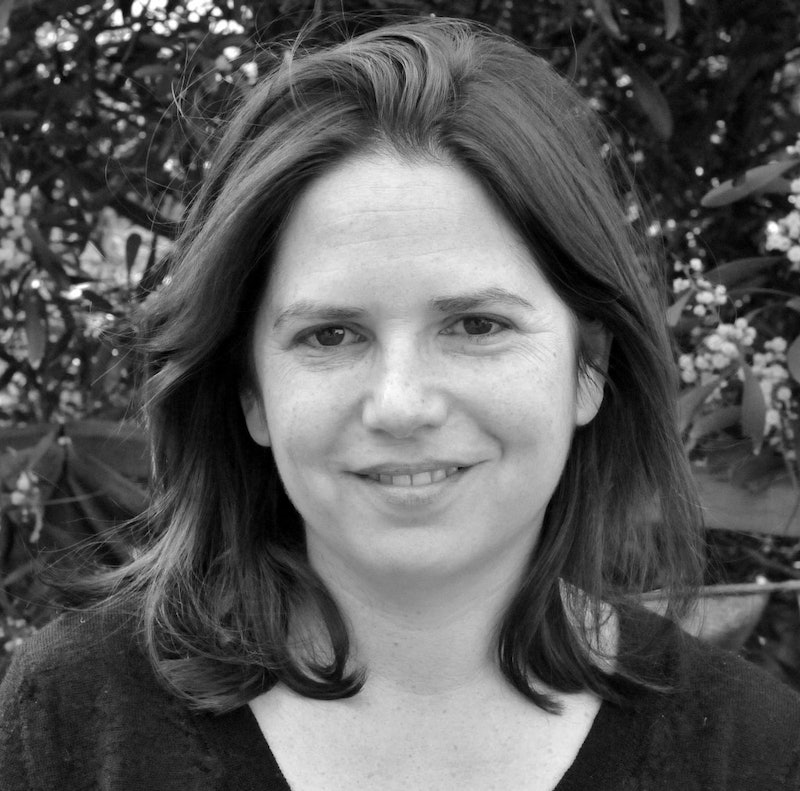 It's the end of the world as we know it... the chorus of R.E.M's jam remained firmly — and annoyingly – stuck in my head long after I finished Lucy Corin's latest short story collection, One Hundred Apocalypses and Other Apocalypses (McSweeney's).

In Corin's dynamic collection of 100 tales, stories range from taking on the literal end of the world to discussing a life-changing moment in a person's existence, such as the decomposing of a family structure. In other instances, the reader is left guessing what exactly the apocalypse is. Whether or not explicit, Corin's execution is evocative, igniting in the reader a chain-reaction of introspection: Wait, am I like that? Do we as a culture behave like the characters in these stories? Most of the 100 stories have an exaggerated element that initially appears strange and absurd — but upon further reflection, sometimes seems not so distant from a reality in which we'd prefer to exist.

In one of the book's longest stories, adolescent children are taken to a facility to pick out a madmen to take care of for the rest of their lives. The female narrator is excited to pick out her madman, and when she receives a harness from her father with which to lead her madman around, she is thankful that it is “the best kind, made of real leather with quality hand-stitching and brass appointments." At the facility, the narrator and her parents read the descriptions of the madmen carefully:

"Appearance: gloomy brow, shrunken head, lethargic, passive,” my father read. “Medical history: mad with grief after violating his word to his wife; shunned men and fled to the forest."

When the girl receives her madman’s pills, she is told to call the psychopharmacologist if her madmen seems “too down for too long, or too excited over nothing, or not sleeping, or having trouble talking or moving, or not making sense when he talked, or violent.” The ridiculousness of the premise clearly serves as humor, but also questions how we treat mental illness in society. After hearing about the horrible experiences most of the madmen have gone through, it becomes clear that their struggles and scars arise most often arise from life’s trials. Though we may not assign those we consider mentally ill to adolescent children to lead around with leather harnesses, do we treat them as less human? Do we use pills to avoid dealing with normal human emotion, or to skirt facing real issues of mental instability?

Another brilliant, hilarious story, "Baby Alive", is a movie description followed by a series of reviews. It’s tempting to automatically assign real people to reach review as you read them. For instance, that friend that who over intellectualizes:

Still, the plot itself is both familiar and functional, structured as a series of vignettes (or “episodes”) in which we meet each teen mother before, during, or after her pregnancy, such that, prior to each grisly demise, earlier mothers are making the decision to have unprotected sex with their boyfriends (or sometimes acquaintances or assailants), and later scenes show the young ladies increasingly pregnant, and so on.

Or that acquaintance from high school who's still somehow connected through Facebook:

I remember that doll my friend had it! gross! also the teen moms need to get a life! but now they’re dead!

With each review, much like with each story, I silently yearned, Oh please don’t let me be like any of these people while secretly identifying with more than I'd care to admit. Although we'd all like to think we are one of a kind and grew up being told we were "special" and a "unique snowflake," Corin captures the Internet archetypes of what seems a vast percentage of people in four pages. The unsettling nature of this realization compacted into Corin's witty writing leaves the reader both smirking and disturbed — an unusual combination.

Corin caters to our fascination with neuroses and habits, and by exaggerating aspects of our thought processes and societal quirks, she leaves us thinking deeply about parts of humanity we don't often examine under a magnifying glass. Take your time on each page.