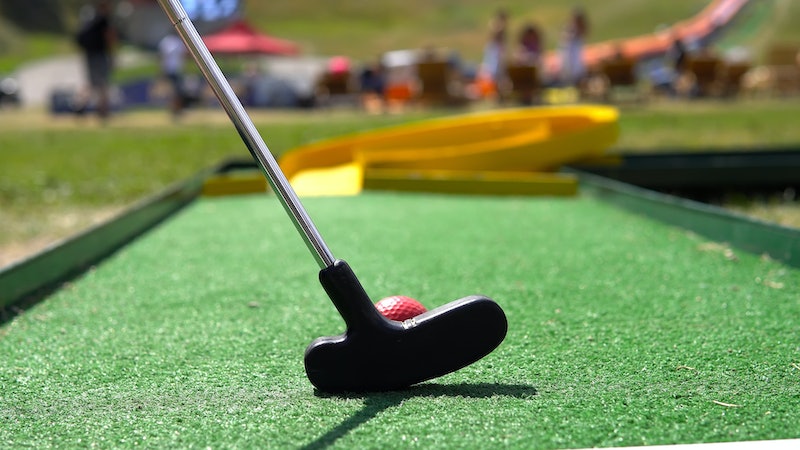 Meet Olivia Prokopva, superstar athlete. The subject of a Friday New York Times profile, the 19-year-old woman is incredibly driven, talented, and fearless, and is achieving legendary status by surpassing her male competitors with flying colors. On what turf does she make this claim to fame? The miniature golf course.

Last year, she shocked the world's community of mini golfers when she earned first place in the United States Open, the Master's, and the world championships. The sport's top three competitors trailed behind.

Not only does Prokopova exhibit extreme talent for the rare sport, leaving her predominantly-male counterparts in the dust, she is revolutionizing mini golf as a highly respected, professional sport. In America, where you can claim expertise status just by joining the US ProMiniGolf Association for $25, that's quite the feat.

So while the rest of us spend our time at mini golf courses celebrating a six-year-old's birthday or fooling around at some lame corporate boondoggle, Prokopova has been memorizing the lush, green, landscapes, in order to prevail at a tournament that might take place seven weeks ahead.

And where does this unlikely hero hail from? Czech Repubic, where her success has landed her notoriety throughout the country’s media. We expect that her name will soon become more familiar on this side of the Atlantic as well. Prokopova is on the way to joining the ranks of Danica Patrick, the first woman to win an IndyCar Series race, Marta Vieira da Silva, the 22-year-old soccer star who carried her country to its first World Cup finals game, and especially Lorena Ochoa, who took over as the best player in women's golf in 2007.

Thank you, Prokopova, for giving us another superwomen we girls can be proud of.

More like this
Constance Wu On Self-Doubt, Family Drama, & Her Sister's Unwavering Support
By Constance Wu
Gisele Bündchen Appears To Address Those Tom Brady Divorce Rumors
By Radhika Menon
Bennifer, Kravis, & 14 Other Fun Celeb Couples Halloween Costume Ideas
By Emma Carey and Brittany Leitner
Twitter Is Freaking Out Over Rihanna’s 2023 Super Bowl Halftime Show Announcement
By Stephanie Topacio Long
Get Even More From Bustle — Sign Up For The Newsletter