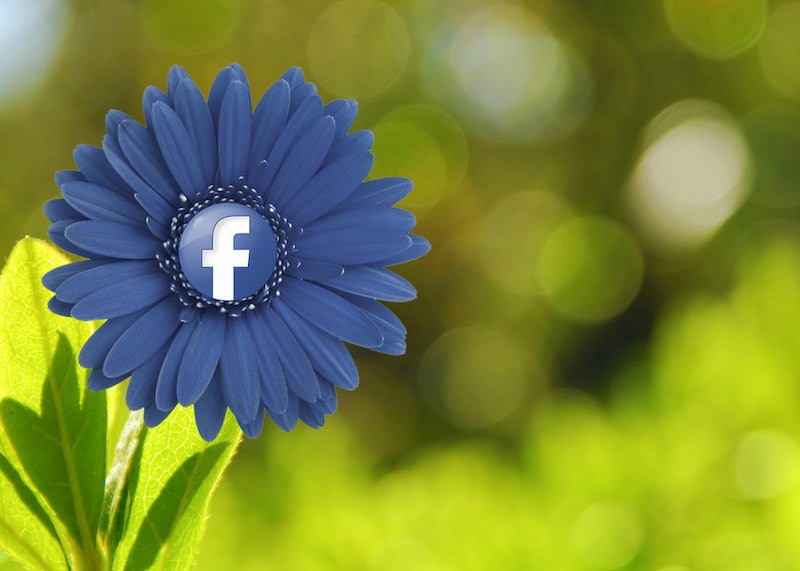 We’ve all got at least one Facebook friend whose constant online PDA with his or her significant other drive us all up the wall, right? Usually it has the effect of making all their pals roll their eyes and ask the gods of the Internet why, oh, why they feel the need to overshare so much. But guess what? Thanks to a new study from Abingdon University, we’ve got some pretty strong evidence about why couples overshare on Facebook — and interestingly, it might not be because the relationship is doomed. It turns out that it actually has relatively little to do with how well the relationship is going … but everything to do with the personalities of the parties involved.

For the study, researchers asked a group of people in relationships of all lengths — and I do mean “all”; we’re talking anything from one month to 30 years — to complete a survey about their Facebook habits. The information gathered included how often they posted couple photos, how often and how much they interacted with their partners’ pages, and more. Additionally, all participants were measured in terms of what are called the Big Five personality traits: Extroversion, agreeableness, openness, conscientiousness, and neuroticism. The results found that those who have “higher levels of relationship-contingent self-esteem” (RCSE) — that is, people for whom their sense of confidence relies heavily on the state of their romantic relationships — are far more likely to shout how awesome their significant others are from the digital rooftops than those who aren’t.

This makes a certain amount of sense. RCSE has previously been linked to lower self-esteem and higher social anxiety; so, as lead study author Gwendolyn Siedman told The Atlantic via email: “Those high in RCSE feel the need to show others, their partners, and perhaps themselves that their relationship is ‘OK,’ and thus, they are OK.” Researchers also found, by the by, that introverts post couple-y things more often than extroverts; so, too, were the people who scored highly for the Big Five trait of neuroticism. Said Siedman, “This is what we expected, given that neurotic individuals are generally more jealous in their romantic relationships.”

Although this sounds kind of like the whole “people who are having more trouble in their relationship talk about how amazing it is in public all the time” thing (the lady or gentleman doth protest too much, methinks), it’s not. Seidman is also the one who conducted the study we talked about a few months ago — the one that revealed that general Facebook oversharers really just want to elicit a sense of belonging. This time around, she found that the same isn’t true for couples: Not only does RCSE not necessarily mean the relationship is trouble, but moreover, the folks who post frequently about their relationships were shown to be more satisfied in their relationships than those who didn’t.

To be honest, I’m not totally sure what to do with this information on a personal level. My SO and I don’t tend to interact with each other’s Facebook pages much at all. We’re both relatively introverted, though, which goes against the finding that introverts tend to do it more; and furthermore, we’re in a perfectly fine place and quite satisfied with each other, which also goes against the finding that those who post more are more satisfied. Of course, we also live together, so actual physical proximity might cut down on the need for Facebook-based messaging.

But I’m not really going to worry about it. My philosophy has always been if it doesn’t need to be broadcast publicly, then don’t (that’s what texts, phone calls, emails, and, y’know, live conversations are for). For others, though, Facebook is the greatest communication tool since the dawn of time. To each his or her own, right?