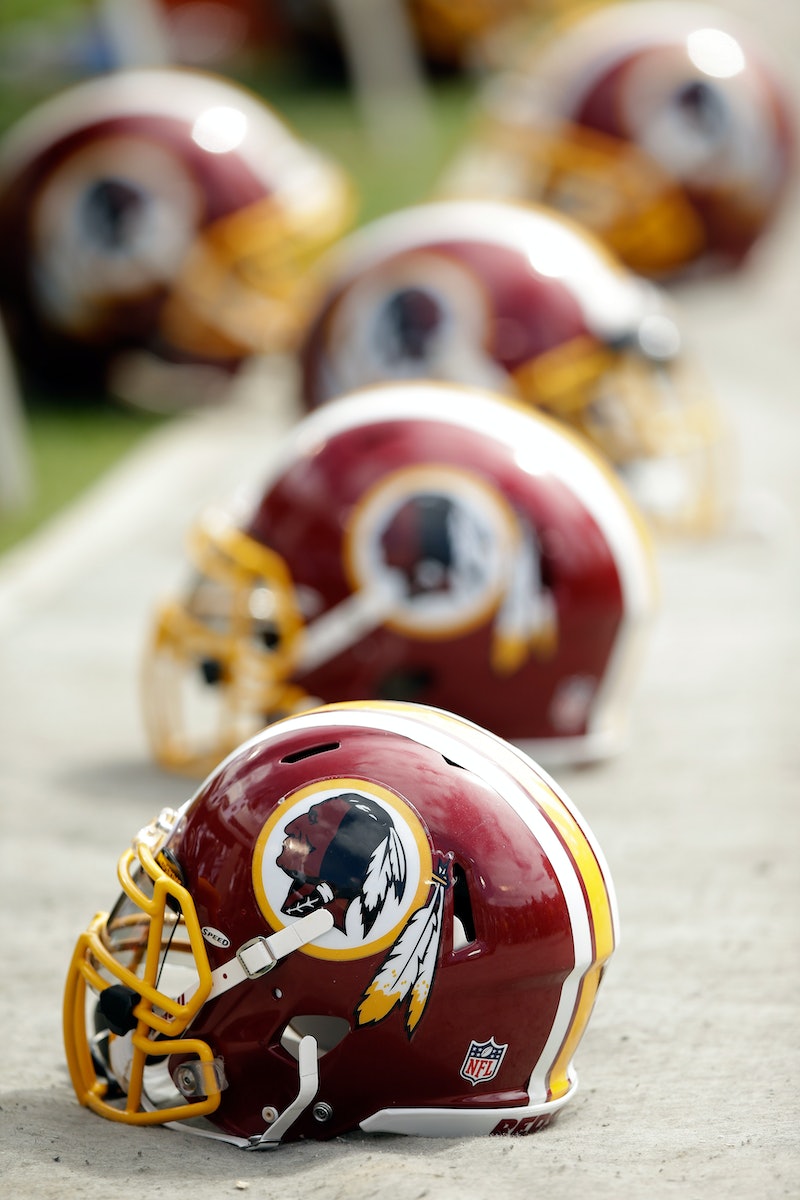 The momentum to change the name of the Washington Redskins NFL team has been building for a while now, even though owner Dan Snyder still refuses to consider the idea. But after having secured a major legal victory in the process earlier this year by voiding the team's trademark, Native American activists are fighting another front in their battle against the team: getting them off Facebook and social media. It's a move we can definitely get behind.

According to Slate, two Native American organizations, the Oneida Indian Nation and National Congress of American Indians, have sent letters to Facebook, Twitter, and Google Plus asking that the Washington Redskins' accounts be removed from the social media sites on the grounds that the team's name violates the sites' community guidelines and terms of use. This is something that should be obvious to everyone since the sites all forbid hate speech and the team name is a racial slur.

The letter notes that

Most Native Americans today recognize this term as the epithet screamed at their ancestors as they were dragged at gunpoint off their sacred homelands. Consequently, a recent poll by the Center for Indigenous Peoples Studies at California State University found more than two-thirds of Native Americans say the Washington team's name “is a racial or racist word and symbol."

So far the team's accounts have not been suspended, and it's looking as though getting the social media sites to remove them might be a long shot. It seems like it should be self-evident that a racial slur should count as hate speech and an account that uses such a term in its name should therefore be suspended, but apparently not everyone sees it that way. Or maybe just doesn't want to antagonize the NFL. Who knows?

The fight against the Washington Redskins won't be won by interfering with their social media, or even by winning the appeals court case regarding the team's trademark. Nevertheless, as long as owner Dan Snyder continues to make it clear he will never willingly change the name, the only apparent course of action is to slowly force the team name out piece by piece. Getting the name off of social media — which would be a victory in and of itself for anyone who doesn't want to see racial slurs proudly announcing themselves on Facebook — would be one of many ways to put pressure on the team. Apply enough pressure, and hopefully the name will finally have to change.