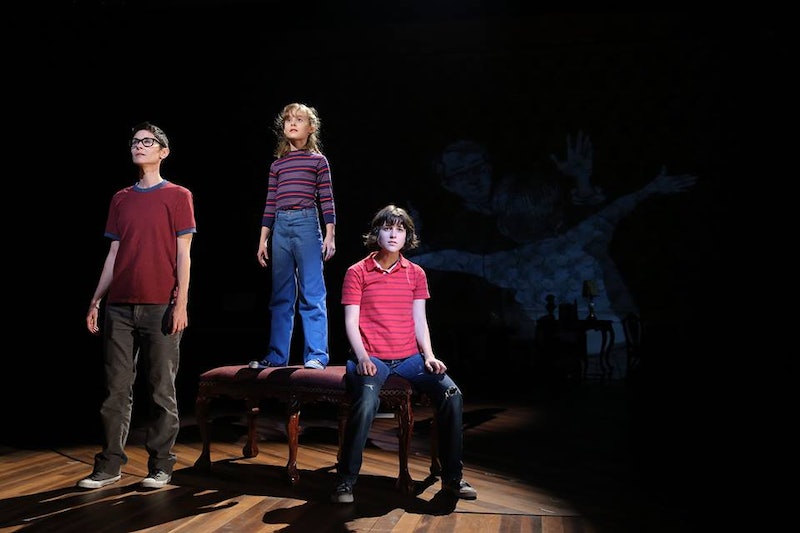 A musical that ends up on Broadway is probably worth at least checking out, and when it's Alison Bechdel's Fun Home, that's especially true. The production, created by the woman who brought us the Bechdel Test, was nominated for the Pulitzer in drama, and it discusses what it means to grow up and come out as a lesbian in a way that very few other shows do. It's just gotten the go-ahead for its premiere on Broadway in 2015.

Bechdel is the author of other important works that have shed light on sexual orientation and gender roles, such as the comic strip Dykes to Watch Out For . Fun Home, which is subtitled A Family Tragicomic, details Bechdel's childhood and adolescence in rural Pennsylvania. It was banned in a Missouri public library (which, considering what's going on in Ferguson, is perhaps not so surprising) and challenged when it appeared on college syllabi across the country.

However, it inspired playwright Lisa Kron and composer Jeanine Tesori to craft a stage version. In 2013, the musical premiered Off-Broadway, and its 10-year-old star, Sydney Lucas, became the youngest actress ever to win an Obie for her portrayal of "small Alison."

The reason that this musical is so important is because it presents a lesbian character for the purpose of telling her story, not for making a point. As Mic's David Levesley notes, LGBT characters typically serve one or both of two purposes: 1) the butt of the joke, or 2) the "other," whose sexuality sets him or her apart from the rest of the characters. And when a character is there to do nothing but become a stop on the protagonist's song-and-dance-filled journey by teaching him some kind of life lesson, it's no better than creating yet another Manic Pixie Dream Girl.

Think about LGBT characters from some of the most popular musicals for a bit. Spring Awakening's Hanschen and Ernst are there to draw a few laughs out of an angsty second act filled with suicide and a botched abortion. Lancelot and Herbert, from Spamalot, are almost embarrassingly stereotypical (they do a disco number, for heaven's sake). Avenue Q's Rod, although an adorable puppet, is only a supporting character. The closest musicals I can think of to Fun Home are Hedwig and the Angry Inch, which has been around since 1999, and bare: a pop opera, which tells the story of a pair of gay students at a Catholic school. That opened over 10 years ago, though — so what happened to LGBT musicals between 2001 and now, especially ones depicting specifically lesbian characters? Isn't Broadway supposed to be progressive?

And that's why Fun Home is refreshing: It drives home the message that struggling with sexuality is something we all experience, no matter our sexual orientation. Although the main character is a lesbian, that is not the only thing we remember about her. We remember her struggle to understand her family and the world around her. " Fun Home isn’t just a coming out story or a coming-of-age story. Its universality comes from its awareness of how we never fully know even those closest to us, and of the undercurrent of grown-up secrets, intuited by children, that exists to some degree in every family," wrote Ben Brantley of The New York Times. The show will open in Broadway's Circle in the Square Theater on April 25, 2015.