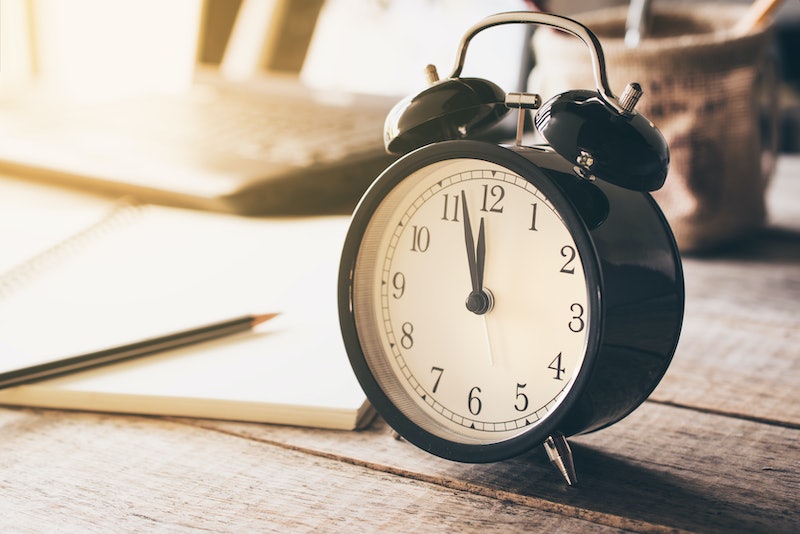 It turns out that by priming the idea of the passage of time, the small white kitchen clock actually did affect certain attitudes about reproduction. Women who grew up in lower socio-economic communities wanted to get married and have children sooner than women who grew up in more affluent communities. These women also lowered their expectations of a mate by de-emphasizing the priority that they put on social status and long-term earning potential.

One of the lead researchers summarizes that “the very subtle sound prime of a ticking clock changed the timing with which women sought to have children and the traits they sought in potential partners — both central aspects of women’s mating-related psychology."

The clock, however, had no effect on men. The researchers suggest that this is because men can produce children until much later in their life. Some researchers believe that reproductive timing is generally affected by a person’s childhood, their socioeconomic history, and subtle environmental factors. It still seems bizarre to me that an environmental factor as trivial as a kitchen clock might have an effect on such an important decision. Though, since more women are delaying childbirth, and birth rates in the U.S. specifically are dropping, perhaps we could benefit from being nudged towards getting pregnant? Then again, since our planet is headed towards overpopulation and all the scary stuff that goes along with it, maybe we should rethink this whole "propagating the species" thing to being with.

More like this
It's A Pleasure #53: Help! My Boyfriend Won't Tell Me Why He Stopped Going Down On Me
By Sophia Benoit
Megan Rapinoe's Relaxation Hack Is Super Dreamy
By Carolyn Steber
How To Politely Reject Someone Who Keeps Asking You Out
By Laken Howard and Lexi Inks
The 5 Best SLS-Free Toothpastes, According To Dentists
By Amy Biggart and Danielle Calma
Get Even More From Bustle — Sign Up For The Newsletter