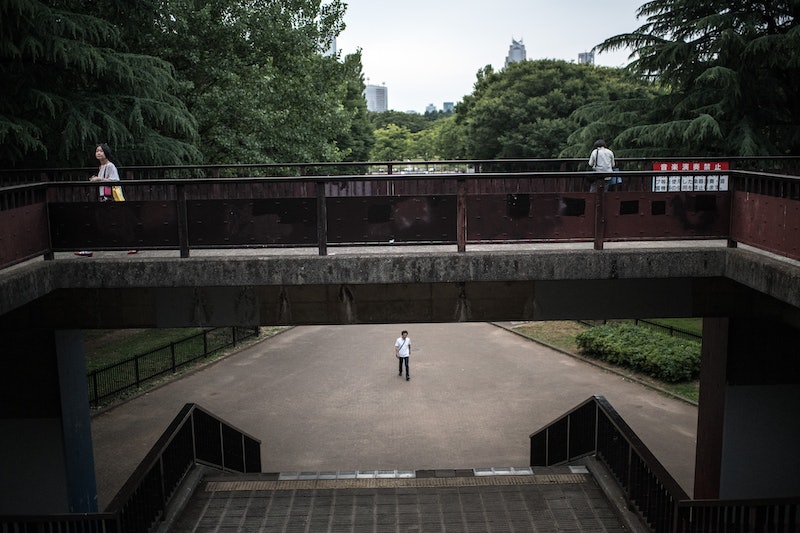 How do guys answer when an attractive woman they don’t know asks them if they want to go have sex right that very minute? YouTube channel Whatever attempted to answer that very question during a recent trip to Europe. One early morning over their working holiday, they had a sporting lady volunteer wander around an unidentified European city, approaching random men and asking them for sex. They filmed the results and edited them together into one video, entitled “Asking Guys for Sex (Europe),” and, well … let’s just say that they’re not exactly surprising. At least it’s pretty much what it says on the box, right?

This video is the companion piece to a more ambitious one that was posted Aug. 1; the original involved a dude asking 200 women around Europe whether they wanted to have sex (spoiler alert: they all said no). In creating the flip side of it, they asked one of the women who was solicited in the original video to be the solicitor in this one. How did the men react? Well, see for yourself — although bear in mind while you watch it that the video was shot at six o’clock in the morning right before Whatever’s flight back to the States. There’s shooting on a deadline, and then there’s that.

This isn’t the first time Whatever has cooked up a video of this sort: Back in July 2013, he posted both an “Asking 100 Girls for Sex” and an “Asking Guys for Sex” video, with the difference being that these two were shot in the United States. While the US “Asking 100 Girls for Sex” video had a similar success rate to the European one — that is, a big ol’ zero — the “Asking Guys for Sex” versions diverged slightly: In the U.S., there was only about a 50 percent success rate, while in Europe, the only “no” was a result of the guy being on his way to work. I’m pretty sure that if he had had the time, he would have answered “yes.” Why? No idea. Maybe it has something to do with the old stereotype that Europeans tend to be less uptight about sex than Americans, but that’s purely speculation on my part.

Of course, it’s worth noting that on both continents, the “Asking Guys for Sex” videos had considerable smaller sample sizes than their female counterparts, with the European one being the smallest of the bunch: only eight people. Given that there are about 741.2 million people living in Europe right now … I don’t think I have to say how miniscule eight people is in comparison. It’s hard to get a clear picture of how men differ from women and vice versa when you’re looking at a sample of eight people versus 200, especially in a place with such a huge population to begin with.

And then there’s this: To be honest, I just can’t figure out what there is to be gained by videos like this. The YouTube channel files them all under “social experiments,” but I don’t think they’re really telling us anything we don’t already know: Being approached by a rando for sex is uncomfortable, even if the rando in question is really hot. Plus, they fail to take into account anything about the people they’re approaching: There’s relatively little diversity, there’s no way to gather information about who they are, and so on and so forth. Generally, the videos seem to be pranks more than anything else, and without much of a point at that. I feel like I’m waiting for a punchline that’s never going to come.

But maybe that’s just me. I could totally be missing the point, or maybe I don't have the right sense of humor for it, or whatever (see what I did there?). Anyway, for comparison purposes, here’s what happened when Whatever conducted the “experiment” in the US: