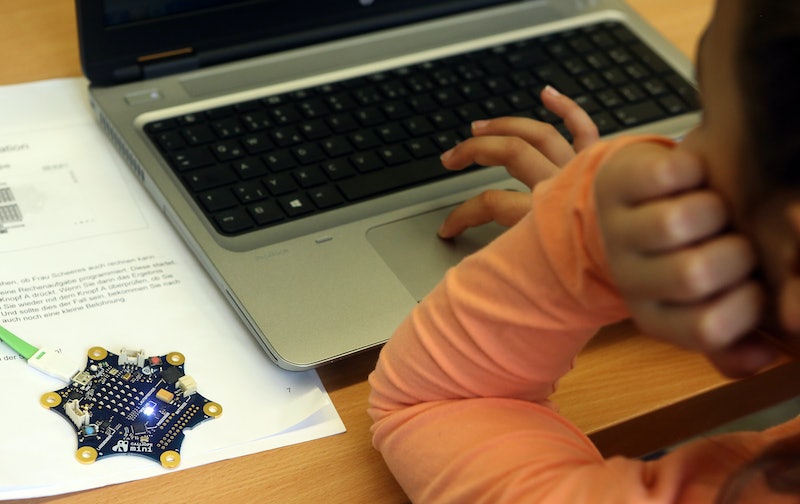 Technology advances so quickly I usually have a hard enough time imagining how it’s going to be in five years, let alone 100 — but if you’ve ever been curious about what the Internet will look like in 100 years, this infographic takes a pretty good guess. Created by webmaster tool WhoIsHostingThis, it takes a look at our current Internet and projects what will happen to it and the devices we use to access it later on down the line. Much, much later. So much later that we’ll all probably be dead by the time it comes about — unless we’ve also discovered the Fountain of Youth or successfully figured out how to cryogenically freeze our heads by then.

The biggest prediction? The Internet will no longer exist. Like so many other cutting-edge pieces of technology before it, it will likely have gone the way of the dinosaur. Instead, it will either have evolved into or been replaced completely by something much more advanced — and odds are, pretty much anything you can think of will be networked into it: homes, cars, even our bodies. Wearable technology will be the norm, so if you haven’t warmed up to Google Glass yet, you might want to get on that. And speaking of Google, thanks to a connectivity solution they’re working on as we speak, this new and improved Internet will be available pretty much everywhere. It involves carefully placed, extremely high tech balloons, and it can both fill gaps in coverage in rural areas and function during disasters.

Probably not that kind of disaster, but hey, it could happen.

Of course, it’s always possible that instead of being in a happier, more enlightened technological age, we’ll have ended up in some sort of weird sci-fi dystopia. Whether it’s SKYNET or Big Brother, part of me can’t help but worry — although at least we’ll probably all have our very own sex robots by then, too.

Is anyone else kind of curious about what the “Kids React To” videos of the future will look like? I hope I’m still around when they take a look at the Oculus Rift. That’s going to be hilarious.

Take a look at the infographic below: