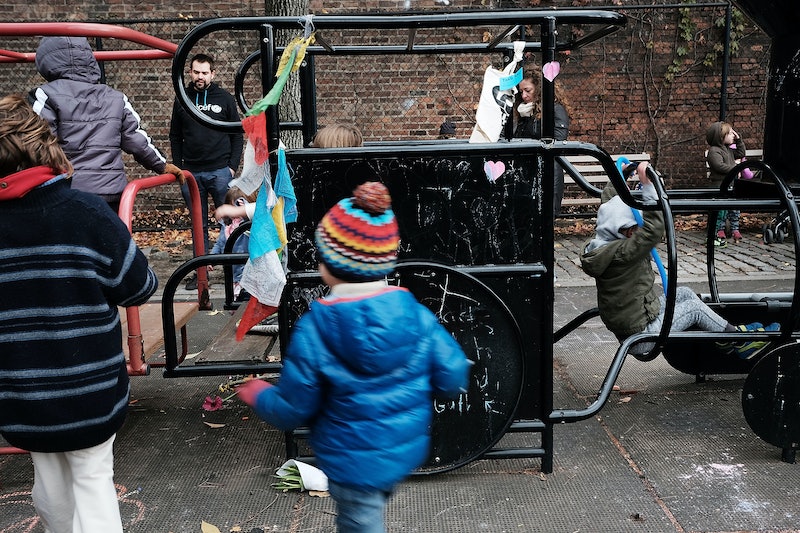 In the wake Monday’s freak-out-but-don’t-freak-out-too-much news that it now costs $245,340 to raise a child in the United States, here’s a little more information for you: The good folks at NerdWallet decided to dig deeper to see where the most and least expensive cities to raise a child in the U.S. are. After all, a family’s income and how far that money will go varies dramatically based on where you’re located; as such, we may as well gather all the information we can, right?

Accordingly, NerdWallet took the $245,340 number compiled by the U.S. Department of Agriculture and adjusted it for the cost of a whopping 288 different cities across the country. The bad news? Some places are a lot more expensive — and I do mean a lot. The good news? Others are substantially less expensive, so you’ve got plenty of options.

First, let’s take a look at the 10 most expensive cities in which to raise your children:

Interestingly, this list doesn’t quite match up with the assertion from the USDA that families in the urban Northeast were likely to spend more. True, two different boroughs of New York City are on the list; California and Hawaii make up the bulk of the other locations, though, with Washington D.C. and the second largest city in Alaska as the outliers. Even so, I don’t think anyone is surprised to see these locations on the list — although the price tags are a little terror-inducing. Given that the USDA’s high range was $282,480 ($304,480 when adjusted for inflation)… well, let’s just say that it pales in comparison to the $540,514 cost of raising a child in Manhattan.

But, if you don’t mind relocating (or if you happen to live in one of these cities already), you can save a bundle, too. Here’s a look at the 10 least expensive places to raise your kids:

Now, granted, I don’t know what the average household income is any of these places, so your budget is obviously going to shift accordingly — but just comparing these numbers with the $245,340 price the USDA calculated, you can save anywhere from $33,889 to $46,042 raising a child. That’s the equivalent of one and a half to two year’s tuition at a public university or about a year’s worth of tuition at a private one, if you want to pitch in for your kids’ college fund. Not too shabby, right?

But no matter where you live, always keep in mind what Mom and Dad Money founder Matt Becker told TIME after the USDA released their report: “Having a child is an exciting but scary step, and money can be a big part of that worry. I wouldn’t dive in without considering the financial consequences, but I also wouldn’t let them scare you off.” Just keep an eye on your budget and you’ll do just fine.

Check out the ranking for all 288 cities over at NerdWallet. Happy childrearing!

More like this
What Is Miles Teller’s Net Worth? The 'SNL' Host's Bank Account Is No Joke
By Meg Walters
'Survivor' Host Jeff Probst's Salary Per Season After 22 Years Is The Real Winner
By Hugh McIntyre
Where Is Former Bachelor Host Chris Harrison Now & What Is His Net Worth?
By Hugh McIntyre
You Can Stay At The 'Hocus Pocus' House On Airbnb
By Alexis Morillo
Get Even More From Bustle — Sign Up For The Newsletter