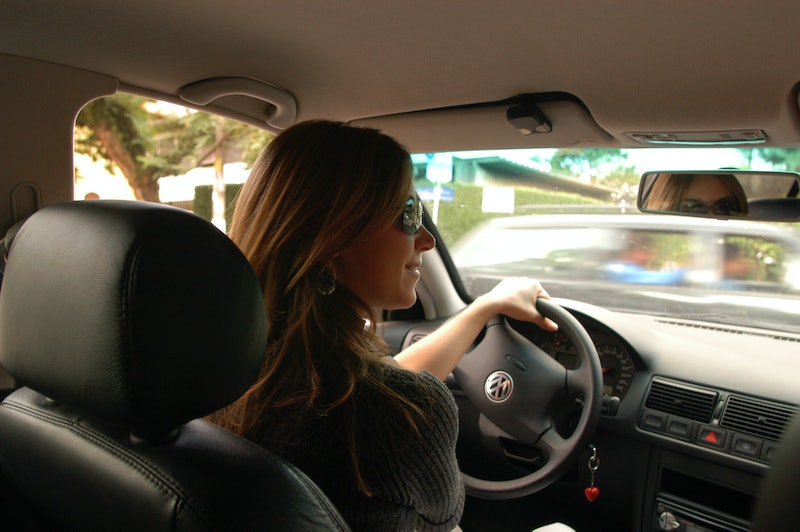 Before you even think about being a commuter student, consider the potential repercussions long and hard. It might seem like all the rage — No dorms! No roomies! Easy access to your car! — but it can be pretty annoying, too. Frankly, it’s one of those things that’s great in theory, but not so much in the real life. And this is true whether you commute by car or some form of public transportation.

I was a commuter my senior year in college. I figured it was high-time I be an “adult” and move off campus and into a real apartment. So my best friend and I found a cute place about 25 minutes from school. It was great living out there unless it was snowing . . . or there was traffic on the road, a hurricane was on the way, I was drunk, hungover, exhausted, or simply in one of those moods where the last thing I wanted to do was fight with other commuters for a parking space.

But on the upside, I was able to completely leave school on the weekends and have the ability to get the hell out of town for a few days if needed. It was nice. If you’re a commuter you know exactly what “nice,” I’m talking about: not super or great, but nice. So, here, let’s commiserate about this "nice" commuter thing, shall we? Because there are some things only we commuter students can truly understand.

YOU FEEL LIKE A WEIRDO FOR NOT LIVING ON CAMPUS

And here you were thinking you were taking the "cool" route.

NOT HAVING A PLACE TO NAP BETWEEN CLASSES IS THE PITS

Not having a place to go, period, between class is becoming the bane of your existence.

SO YOU’RE FORCED TO JOIN STUDENT ORGANIZATIONS WITH COUCHES

Well, we all know to avoid the college radio couch, so the school newspaper will have to do.

PROFESSORS DON’T CARE IF YOU GOT STUCK IN TRAFFIC

OR YOU GOT A FLAT TIRE

OR IF THE TRAIN WAS LATE

OR IF A BLIZZARD HELD YOU UP

SPEAKING OF SNOW, IT PUTS THE FEAR OF GOD IN YOU

Well, that and all other possible natural disasters that could deter you from getting to class on time.

THE WEATHER CHANNEL APP IS YOUR BEST FRIEND

Quick! Check the weather again! It might have changed in the last 11 seconds.

for you, THERE REALLY IS SUCH A THING AS ‘JUST ONE DRINK’

You know, because you have to drive home. You can't monopolize the school newspaper's couch every night.

Usually you need at least 30 minutes, but you only need 15 on Fridays, because evidently you're the only one in class on Fridays.

There has to be a better system!

though PUBLIC TRANSPORTATION IS Also a JERK

My tax dollars go to this?!

YOU’RE THE GO-TO WHENEVER SOMEONE NEEDS TO MOVE

But you grin and bear it.

OR HAS TO HIT UP IKEA

Sadly, it won't be the Ikea monkey doing the asking, but you did need another set of plastic wine glasses, right?

They haven't heard that bed bugs can live in wood, huh?

YOUR DAY IS LONGER THAN EVERYONE ELSE’S

Why didn't you live on campus again?

Because if your logic book is stolen one more time, you're gonna flip the whole damn train. Where's the logic in stealing a logic book?

AND HOW TO BUDGET for GAS MONEY

BUT IN YOUR NEXT (richer) LIFE, YOU'll probably JUST LIVE ON CAMPUS

More like this
Craving The Beach? Here's Your Guide To A Solo Vacation In Turks & Caicos
By Alexis Morillo
3 Zodiac Signs Most Likely To Be The Center Of Attention
By Nina Kahn
The 5 Best Laptop Power Banks
By Vanessa Spilios
Chris Kaba's Family Continue Fight For Justice After Viewing Police Bodycam Footage
By Sophie McEvoy
Get Even More From Bustle — Sign Up For The Newsletter