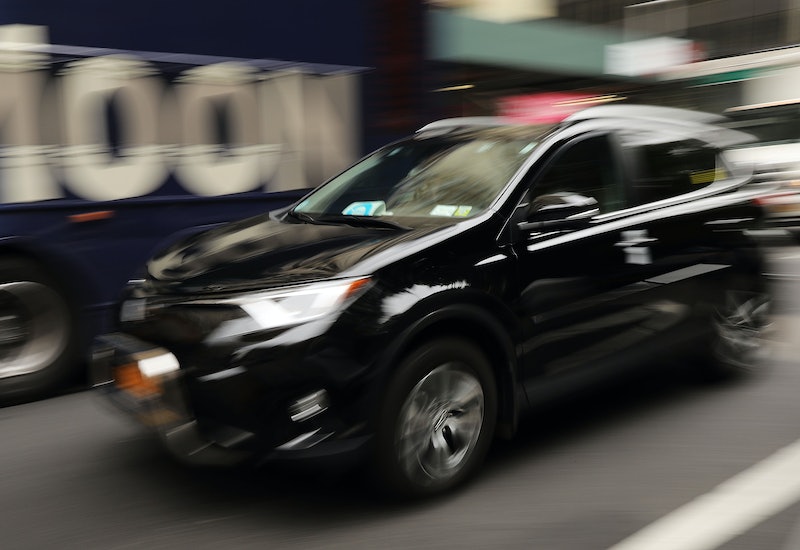 I don’t actually use Uber or Lyft, but anyone who does is well aware of the fact that riders rate drivers on a scale of one to five stars. What most people didn’t know until fairly recently, though, is that Uber drivers can also rate riders. Unlike the driver ratings, these ones aren’t available for open viewing; they’re there to give drivers a heads up about difficult passengers, enabling them either to know what they’re getting into a head of time or pass up on the fare altogether. It makes sense in the context of the whole “sharing economy” thing, so I suppose it’s ultimately not that surprising.

After a post on Medium instructing Uber riders how to see their ratings (via a hole in the system which Uber has since patched), the Daily Dot’s Aaron Sankin took to Reddit and to real life to find out from Uber drivers themselves what their riders can do to get better ratings. As Sankin noted in his closing TL;DR on the Reddit post, they pretty much all fall under the universal heading of “don’t be an asshole”; after all, drivers are people, too, and Uber and Lyft are essentially high-tech hitchhiking services. Sankin has some pretty good stories from the drivers he spoke to IRL, so head on over to the Daily Dot to read 'em; additionally, here, according to Reddit, is what you should never, ever do to your Uber driver to earn a good rider rating:

Why would you even do this?! Would you do it to your own car? To a friend’s? To an actual taxi? No. So what on earth would make it okay to do it to anyone’s car?

Again: This is someone’s actual car. Don’t be a jerk, and especially don’t be a messy jerk.

3. Putting the Pin in the Wrong Location and Not Owning Up to Your Mistake

It’s annoying enough as it is to go to where the pin says you should go, only to find there’s no one there. It’s even worse when you blame it on anything other than your own goof.

This? Oh man. This would annoy me so. Much. Nothing irritates me more than setting a time for a meeting or event and then having the other person or parties arrive late. Why it so hard to be on time? If you know you have a problem with punctuality, start developing some strategies to combat it. Seriously. It’s rude to keep people waiting.

To be fair, it’s not the riders’ fault that Uber’s tipping system is apparently awful. Since the U.S. is generally a tipping society, though, if you can spare a few bucks, do it. You’ll probably make someone’s day, and with luck, they’ll pay it forward from there. Everyone wins.

I would also extend the definition to include clipping your toe or fingernails, picking your nose, vomiting, smoking, and so on.

OK, so sometimes, a little bit of BO is unavoidable; it is summertime, after all. Still, though, I can understand the unpleasantness that inevitably arises from smelly passengers.

8. Having an Unnecessarily Negative Attitude

See also: Don’t be an asshole.

Yeah, if you could not ask your Uber driver out on a date, that would be great.

More like this
Why TikTok Is Flooded With Controversial Videos About "Pick Me Girls"
By Courtney Young
Here's How To Get Your iPhone To Update Automatically Forever
By Emma Carey
Why Everyone Is "Soft Tagging" Friends On Instagram Right Now
By Alexis Morillo
26 Ghost Story Podcasts To Get You Ready For Halloween
By Jessica Booth, Mia Mercado, JR Thorpe and Emma Carey
Get Even More From Bustle — Sign Up For The Newsletter