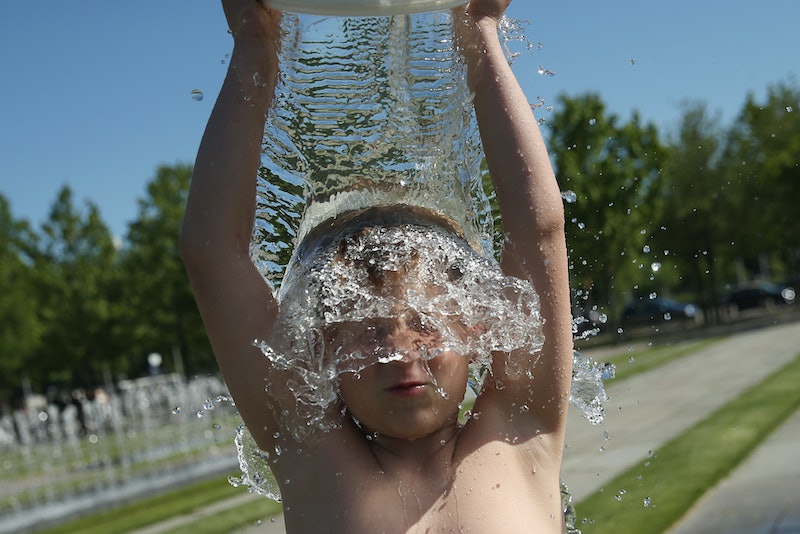 It's official: the Ice Bucket Challenge is everywhere. After starting among professional golfers, its participants now include celebrities like Chris Pratt, James Franco, Anna Wintour, Hayden Panetierre, Robert Pattinson, former president George W. Bush, and none other than Kermit the Frog — and now a drugged teen who just had her wisdom teeth removed gives us the most absurd ice bucket challenge yet. In other words, this is the only time golf ever made something cool.

But even if you're getting a little tired of all these Ice Bucket Challenges — or you think it's a massive waste of water — it's hard not to be charmed by this girl who just had her wisdom teeth removed attempting to do it while still under the influence of pain killers. Especially since she's also so very concerned about getting caught given that she was supposed to be up in her room resting. But resting is clearly for people who haven't been challenged to pour ice water on themselves.

It's unclear whether the video is real — it does seem a little suspicious that the girl was able to keep herself in frame throughout the whole video given her drugged up state — but according to The Daily Dot's investigation via Twitter, she does at least seem to have gotten her wisdom teeth out recently, lending credibility to the video. And real or not, it is still absolutely adorable.