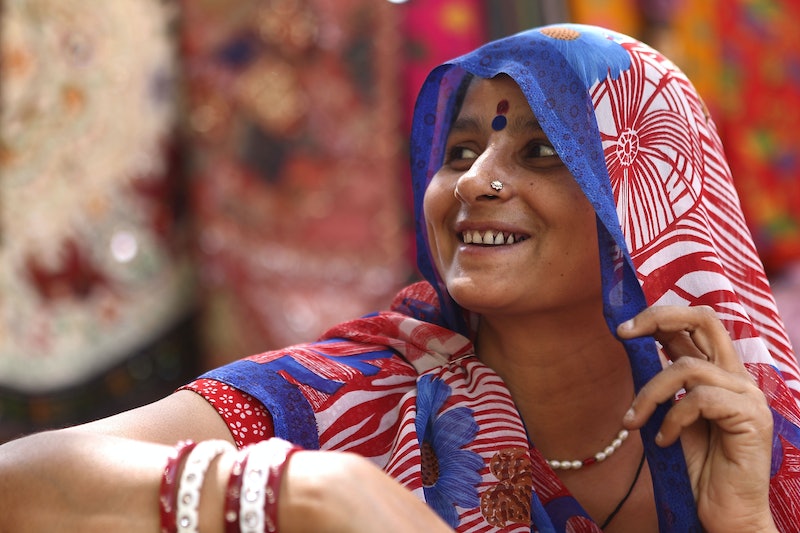 Score one for the destruction of weird and ridiculous beauty standards: In India, it will no longer be permissible for advertisements shilling skin lightening products to enforce negative stereotypes against people with darker skin tones. The Advertising Standards Council of India issued a new set of guidelines on August 19 specifically for “fairness creams” geared towards fighting the prejudice that has long existed against dark skin. According to ASCI chairman Partha Rakshit, the guidelines are intended to “help advertisers comply with ASCI code’s Chapter III 1 b, which states that advertisements should not deride any race, cast, color, creed, or nationality.” They are as follows (emphasis ours):

I don’t think I need to emphasis how much of a victory this is.

Strides have been made in recent years to battle the prejudice against dark skin. In 2009, for example, the organization Women of Worth and Indian actress Nandita Das launched a campaign called “Dark Is Beautiful.” An effort to dispel the belief that dark skin is somehow inferior or ugly, the campaign urged Indian women to ditch the fairness creams and celebrate themselves, no matter what shade their skin happened to be. Awesome? Heck yes.

But one of the obstacles to getting the campaign off the ground — and more broadly, with the issue itself — is how deeply embedded it is in modern consumer culture. Although the stigma stretches back through India’s history (as it does in so many countries of the world), there’s more to it than just the past. Said Das to The Atlantic after the launch of the “Dark Is Beautiful” campaign, “We’re not just a product of our traditions: we’re also part of the globalized world. Today, the fact that such discrimination continues to exist is a function of consumerism. The market is waiting to cash in on people’s hidden aspirations.” The actress also noted that the film industry has a huge hand in the persistent prejudice. “When I am on a film set playing an educated upper-middle-class character,” Das said, “the crew will tell me, ‘I know you don’t like to wear makeup to lighten your skin, but this is an educated girl you are playing, so it would be appropriate for you to look fair.’ But what does that say about me? I’m educated and I’m dark.”

So far, companies and brands known for their fairness products have reacted relatively positively. By and large, they seem to be defending their right to promote the efficacy of their products, but they get the fact that discrimination in advertising is bad news. Garnier probably had the best response out of all of them; according to Business Standard, a spokesperson for the brand said, “We strongly believe advertising should not encourage social discrimination of people based on aspects like the color of their skin. All Garnier communication focuses on the efficacy of the product and is most importantly, backed by scientific fact.” The spokesperson continued, “Our conviction is that there is no single model for beauty, the appearance and physical features of each person are unique. We are dedicated to understanding and serving those differences with the diversity of our products.”

Advertising will always be ridiculous — but hopefully with issues like these being not only raised in the public forum, but actually addressed, the damage of socially-enforced beauty standards can be mitigated. Given enough time and an evolved enough world view, maybe it can even be healed. Fingers crossed we can get there in the end.