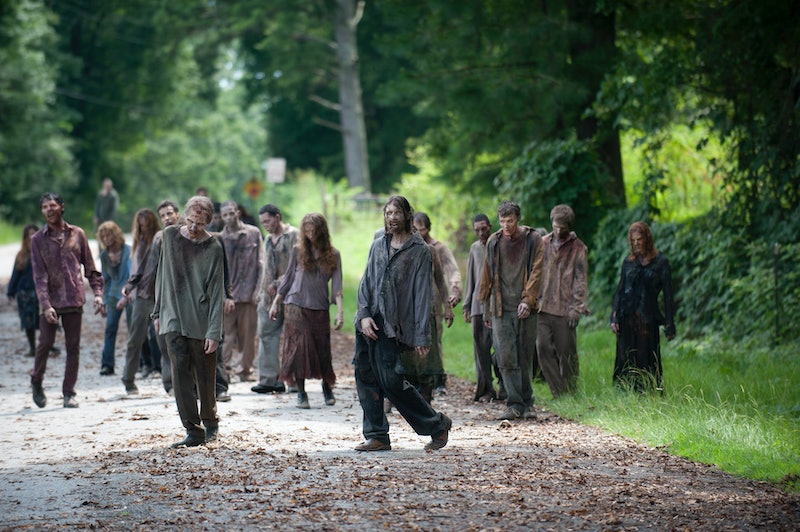 As surely everyone knows, allowing gay marriage would result in the utter collapse of society as we know it. That's why people are so concerned about Ireland's referendum to allow same-sex couples to marry. Because as this helpful PSA shows, once same-sex couples are allowed to marry, the world will be transformed into a nightmarish landscape right out of a zombie apocalypse movie. Psych!

The video, created by Irish gay rights group LGBT Noise, shows one couple who haven't left their home in two years due to the horrors of the outside world once the gay marriage referendum passed.

"So much equality — Ireland was practically unrecognizable," the couple bemoans. "We tried to blend in, but the weddings were unbelievable! I felt completely underdressed and the cakes were amazing. It was at that point it became a question of survival."

Fortunately, the couple reports that they are still staying strong in the face of the onslaught; they haven't gotten divorced and neither of them has "gone gay," which everyone knows are definite risks when same-sex couples get married.

And these are all, of course, very real concerns given that they have all definitely happened in all the places where gay marriage has been made legal, like Belgium and New Zealand and Massachusetts and Pennsylvania and Florida and that one county in Colorado and . . . oh wait.

More like this
The 19 Best Tweets & Memes About Bisexual Awareness Week
By Lexi Inks
An Honest Review of MeUndies Boxers, According To A Non-Binary Person
By Megan Lasher
Pro Footballer Zander Murray Is "Blown Away" By Support After Coming Out
By Sam Ramsden
5 Ways To Help People Impacted By Hurricane Ian In Cuba & Florida
By Emma Carey
Get Even More From Bustle — Sign Up For The Newsletter