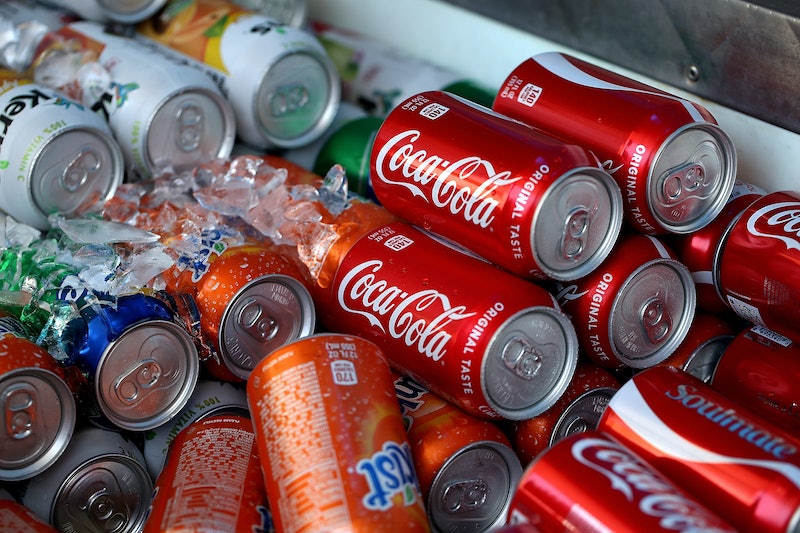 Are people in marijuana-legal areas of the country trying to make drug critics' fears come true? First there were some weddings where pot was served, and now Mirth provisions marijuana soda is coming to Washington state. It remains to be seen whether pot soda will crowd out other marijuana products on offer, or whether it will turn a whole new soda-drinking set into stoners. Probably the companies making pot soda would like both things to happen. But know the facts before you buy or drink this stuff.

On the upside, many marijuana sodas are free of alcohol and caffeine. That means you don't have to worry about the weird synergistic effects between the cannabis and any other drug in the soda. Taking your uppers with your downers may seem fun, but it's medically ill-advised, so pot soda is basically safer than Four Loko (caffeine plus alcohol). Speaking of alcohol, by some accounts alcohol is actually more dangerous than cannabis, so you may be tempted to kick back with a bunch of pot soda instead of your usual (often regrettable) girly cocktails (assuming you can get your hands on pot soda — manufacturers are still limited by ordinary marijuana regulations applicable to the legal jurisdiction in which you live).

On the downside, please bear in mind that pot soda is still soda, and soda is rather unhealthy — whether it contains any goodies or not. The large amounts of sugar are basically all empty calories, and we all know that piles of sugar can make you fat and rot your teeth. Marijuana is also notorious for making users' mouths feel dry, so you could easily end up drinking even more of the pot soda or whatever else is around than you intended to. Replacing the marijuana you used to smoke with sugary beverages may taste good, but at least that joint contained zero calories.

By most accounts, marijuana-infused edibles provide a stronger and qualitatively different effect than smoked or inhaled marijuana, so you may still be curious. But at least with a pot cookie or brownie, you've eaten real dessert and maybe taken care of those munchies at the same time. In any case, whether you choose soda or something else, go slowly! You don't want to end up like poor Maureen Dowd and her unfortunate experimental pot candy bar, having eaten something containing marijuana too quickly or in too large of a quantity for comfort.