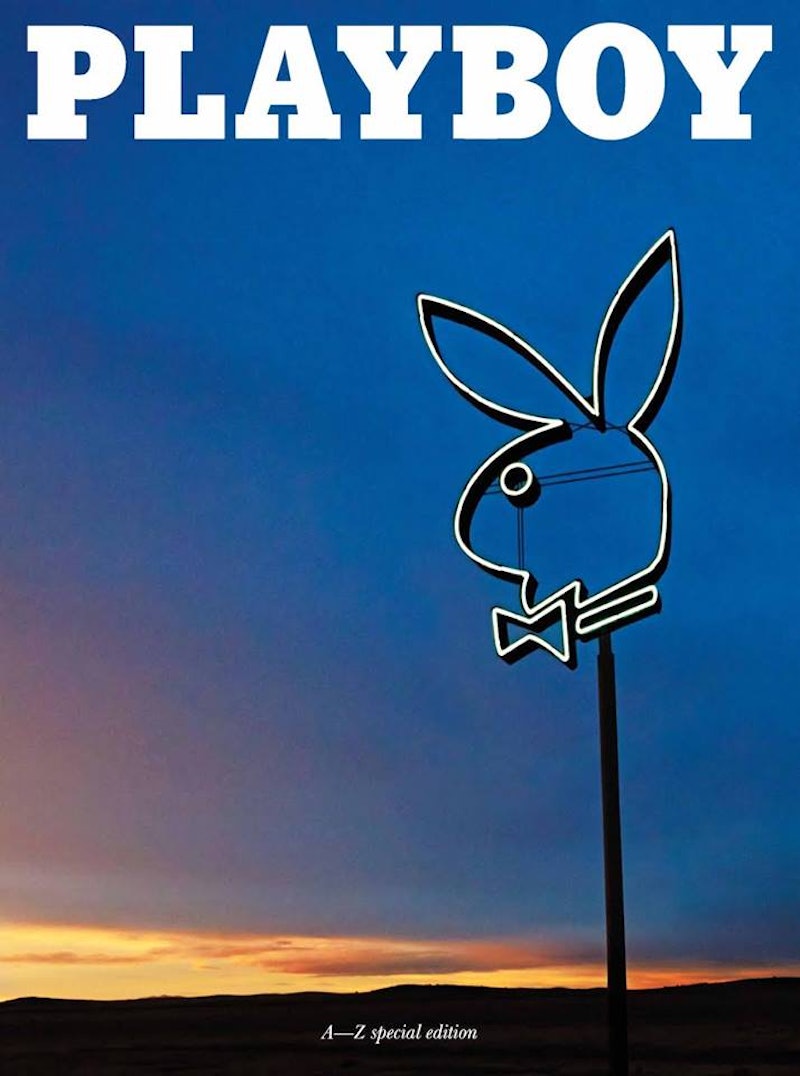 Playboy’s continuing struggle to modernize and attract new audiences has lead them to relaunch Playboy.com today, billing it as a site that is free of nudity and ready for social sharing. The Playboy SFW website relaunch comes less than a year after the company’s 60th-anniversary magazine cover starring Kate Moss and collaboration with Richard Phillips on his art instillation in Marfa, Texas, both of which signaled that the company was ripe for a rebranding.

After the anniversary cover, a safe bet would have been to guess that the rebranding was going to bring back the class and high-quality content that the magazine featured in the '60s, publishing works by authors such as John Updike, Le Roi Jones, Arthur Miller, Joyce Carol Oates, and Vladimir Nabokov (the list goes on and on). However, it seems as if the website revamp is aiming for quantity after quality. Playboy Chief Revenue Officer Matt Mastrangelo told Ad Age that approximately half of the site's readers are obtained through social shares, and social shares is exactly what the new website is aiming for. The senior VP-digital content at Playboy, Cory Jones, reports to Ad Age, "The editorial mantra for content is to ask ourselves, 'Would you send this to a friend?'"

And the mantra is reflected in the content on the site so far. The articles range from seemingly BuzzFeed-inspired, such as "18 of the Funniest Loud Sex Notes" and "Celebrity Pun Names Are Laugh Out Hilarious," to articles that could have been just as easily published on GQ.com, like "Why Do Guys Like MILFs?" and "5 Aviator Watches To Wear This Fall."

The focus on making the website social media–friendly is directly related to the struggles that Playboy has encountered with advertisers. The emphasis on a community-friendly website will attract brands who maybe have been skittish about linking themselves to the brand. Dimension Films, Bud Light, and Hornitos have already signed on as site advertisers.

Jezebel points out that this is only the next revamp in a series of endeavors to improve Playboy’s online counterpart. The latest attempts include the 2010 launch of SmokingJacket.com, also a nude-free site, and 2013’s PlayboySFW.kinja.com, neither of which took off.

Unfortunately for Playboy, it doesn’t look as if the latest installment is anything special either. Here’s hoping that its next attempt is better.