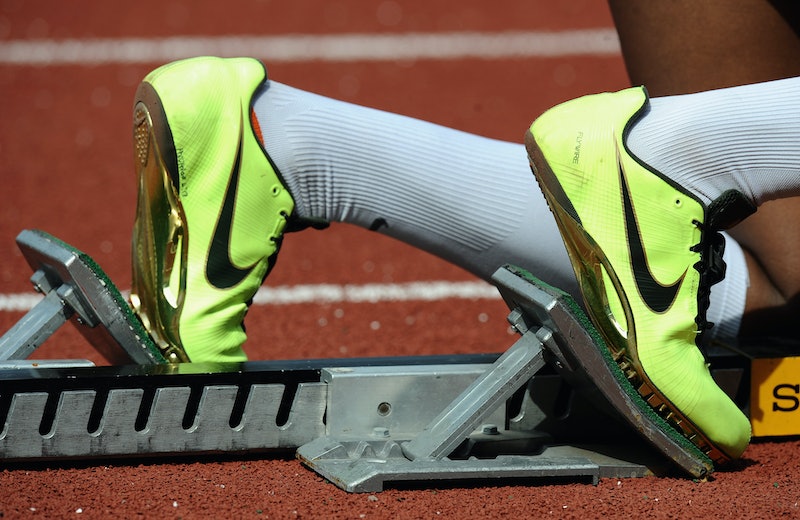 Attention, fashion industry: maybe just stop putting Native-inspired prints on your clothing, because has it ever worked in your favor, even once? Nike has decided to pull a pair of women's leggings after protests that the print looks too similar to the traditional male tattoo of Samoa.

The leggings are part of the Nike Pro Tattoo Tech collection, which debuted more than a month ago, and draws inspiration from tattoos of Fiji, New Zealand, and Samoa. Unfortunately, nobody at Nike considered what an uproar that would cause. A Change.org petition was posted in early August, protesting the leggings as a violation of both the Indigenous people as the UN Declaration on the Rights of Indigenous Peoples, Article 31. The petition asked for Nike to remove the leggings from their line, and threatened to take legal action if they did not oblige.

After the petition received about 750 signatures, Nike agreed to pullet the leggings. They said in a statement, "The Nike Tattoo Tech collection was inspired by tattoo graphics. We apologize to anyone who views this design as insensitive to any specific culture. No offense was intended."

Images of the leggings are available on NikeBlog.