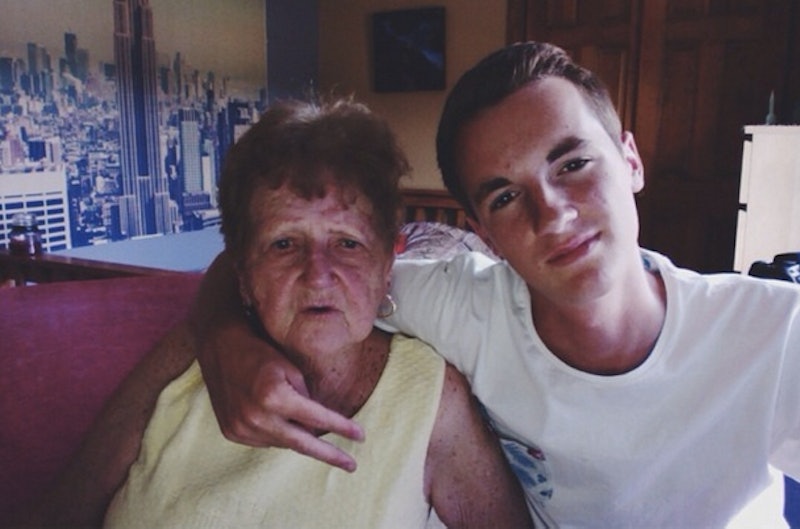 Meet Kevin Droniak. He’s a 17-year-old high school student with a crazy popular YouTube account called thiskidneedsmedicine, and an even crazier (in a good way!) grandma. Droniak made his grandma a YouTube star when, two years ago, he decided to place a camera in her car to capture on film their hilarious conversations, her crazy driving, and many visits to the drive-thru. Until recently, grandma didn’t know that she was being filmed as Kevin asked her questions like "Where do babies come from?" and "Was I adopted?" and taught her millennial habits like how to use Internet slang and play Flappy Bird.

Droniak has also convinced his grandma that many pop culture icons go to his school — including Miley Cyrus, who brought a wrecking ball to school, Harry, Liam, Niall, Zayn and Louis, who keep trying to get him to join their band, and Katy Perry and Beyonce, who he has to choose between for his prom date. Grandma, being the sensible woman that she is, tells Kevin that she can’t believe that Miley would bring something like that to campus, that he doesn’t have time to join a band, and that he should ask Beyonce to prom.

To date, Droniak has over 149,000 followers on YouTube (or, as grandma likes to call it, "Your Tube"). Earlier this month, Droniak showed grandma their videos for the first time, and in classic adorable grandma fashion, she laughed along with the rest of us, and was just happy to be spending time with her grandson.

Check out all of the videos on Kevin’s YouTube channel.