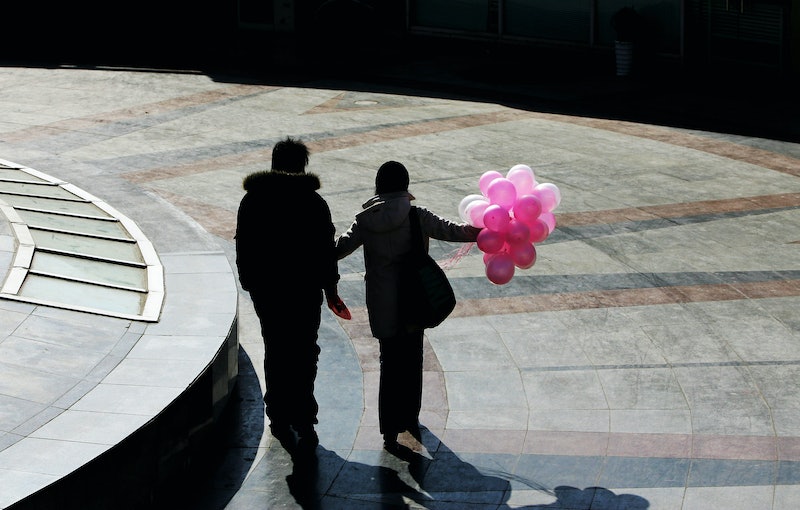 Are you looking for someone without luck? Maybe you don't live in the best city to find a boyfriend or girlfriend. Whether you're interested in hooking up, making friends, or settling down, the city you live in could be working against you, according to data provided by a new dating app. Clover has been described by the DailyDot as "Tinder without the secrecy," which I'm hoping makes it much less sleazy than Tinder's crude semi-anonymous swipe culture has proven to be so far. Clover has amassed enough data on its users and the way they interact with each other to have determined which cities are the best places for you, depending on your needs.

Stereotypically shallow Los Angeles is, unsurprisingly, a great place to find a casual hookup, according to Clover. Houston is the place to be if you'd like to find that nice intermediate step between a one-night stand and a real significant other (too bad more people aren't settling down there, because Houston's cost of living is low). Chicago is a good place to find new friends – something that Clover helps you to do better than Tinder, because you can review the list of people who have expressed interest in you without having to express interest in them back (i.e. you can browse for interesting people to whom you're not at all attracted without leading them on).

The big surprise from Clover's data is that New York City, of all places, harbors relatively many singles who claim they're looking for long-term relationships. The analysis used to generate this map included 15,000 Clover users, but I wonder whether there's some selection effect at work here. Given that Clover is relatively new to the dating app scene, maybe New Yorkers just seem more interested in long-term relationships because the ones looking for real love are desperately defecting from the tired scene of other well-established dating sites and hoping for more success on Clover.

It'll take more than one survey to dislodge New York's reputation for being a dating cesspool full of jaded young careerists chasing sex (and dodging commitment) much longer than is probably healthy. That being said, maybe this survey can shed a little light on why you're striking out in your people search. When people move around more than they used to, it's no surprise that they end up in certain cities for certain reasons – which means that not all social climates are created equal.