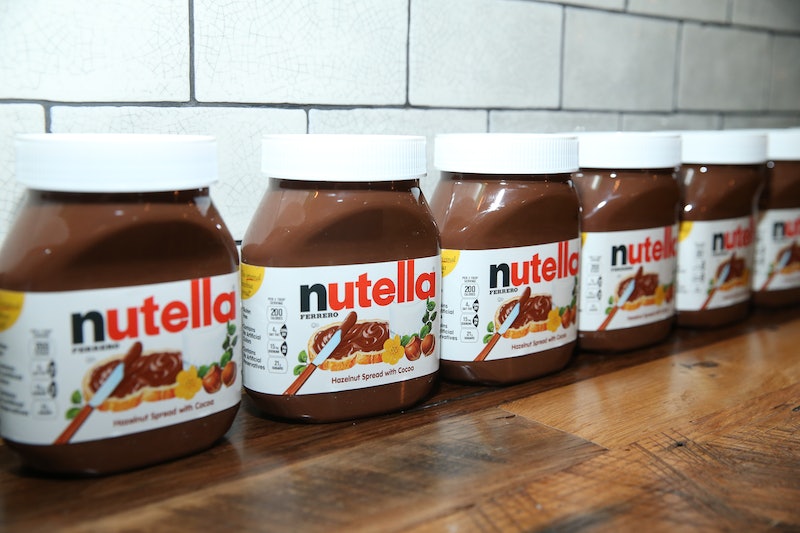 Yes, I know there’s a hazelnut shortage going on right now. And yes, I know it’s resulting in the rising prices of Nutella. But you guys. There’s a restaurant that serves only items involving Nutella coming to Brooklyn, and that? Is probably the best news I’ve heard all day. It’s called Nutelleria — and the kicker is that it’s going to be a block away from my old apartment in Park Slope.

Now is the time when I shake my fists at the sky and lament loudly, “Why couldn’t you have opened sooner, Nutelleria? Whyyyyyyy?”

Regardless, though, I think this means I’ll definitely have to take a trip back to my old stomping grounds, because Nutella restaurant. According to Park Slope Stoop, Nutelleria is set to open its doors sometime soon in the space at 82 5th Avenue that previously played home to The Chocolate Room’s temporary pop-up prior to its move to its own new digs. When exactly is “sometime soon?” Said one of the founders, identified only as Gleb, to Park Slope Stoop:

“We are currently at the final stages of decorating the shop and expect to be open in the following several weeks. We hope to create an environment where Nutella lovers and enthusiasts like us can come and indulge in delicious crepes with Nutella as well as various other Nutella inspired items on the menu.”

Oh, and any products left over at the end of the day will be passed on to the NY City Harvest program.

Of course, there might be a little bit of a problem: They might not actually have the official go-ahead from Ferrero, which owns the Nutella brand, to use the product’s title in the restaurant’s name. As GrubStreet pointed out, Ferrero generally runs its own branded cafés; but since the operators of Nutelleria are “simply Nutella enthusiasts that decided to share our love for Nutella with the rest of the world,” they probably haven’t been sanctioned. As such, they might have to prepare themselves for some cease-and-desist letters.

In the meantime, though, I’m definitely adding a trip to Nutelleria to my list of things to do the next time I haul myself into the city for the day. Yum? Yum.