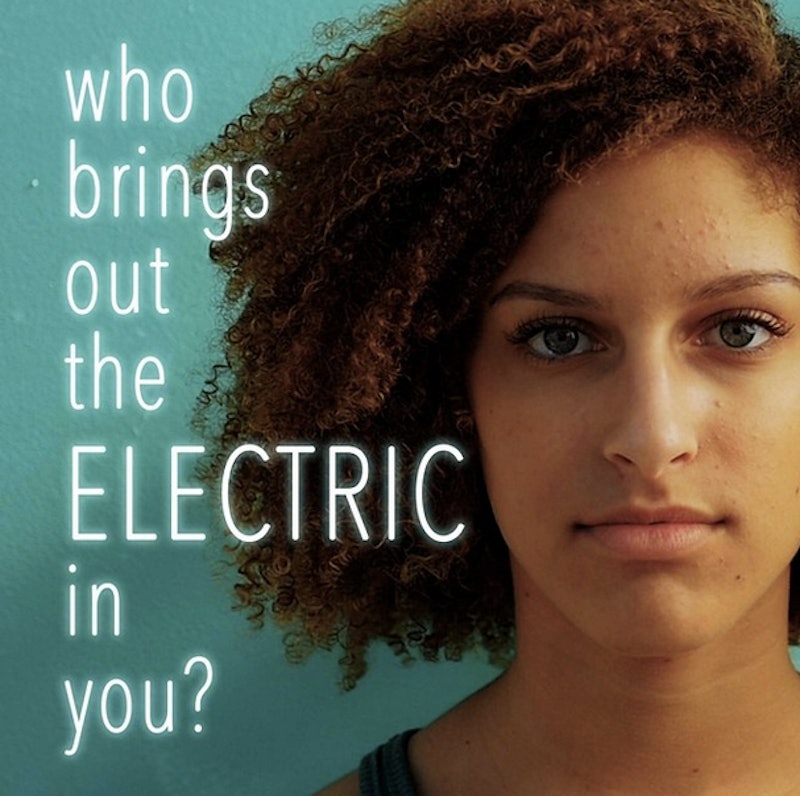 Consider this a PSA: You need to know about the I AM THAT GIRL organization. This badass group, which recently released a moving new campaign, was started with a mission to turn self-doubt into self-love by creating a safe community for girls (and boys!) to express themselves, discuss what they are going through, and support one another. Their vision is rooted in the fact that "[They]’ve seen limitless possibility when girls collaborate instead of compete and contribute as much as they consume. By creating a culture for girls to be seen, be heard, and belong, we are changing their lives and creating a healthier, more powerful world.”

I AM THAT GIRL (IATG)'s new campaign, called “WORDS,” consists of six videos, each with their own topic, meant to jumpstart conversations between girls and get everyone thinking about how they can better their own world.

So far the words campaign has garnered attention from celebrities such as Sophia Bush, Kate Bosworth, Emmanuelle Chriqui, Aimee Teergarden and Amanda de Cadanet, with good reason. IATG represents a great cause and a genuine desire to better the experience of every young person trying to figure out their way through the world. A girl named Avery’s “WORDS” video describes how she thought she wasn’t as beautiful as the white girls in her school until she met her friend Emma who loved that she stood out. A girl named Sivan was also inspired by her best friend, a beauty pageant contestant, who told the pageant audience and judges about her personal struggle with an eating disorder; the same struggle that Sivan had been keeping hidden for years.

But the IATG campaign is not simply contained to the web; though they have an impressive online community of over 150,000. IATG has opened over 100 chapters, which are safe places for members to meet, share, and according to the organization's website, "[put] an end to the mean girl culture and [get] on with the business of ROCKING THE WORLD!" Morgan Green, a member of the IATG chapter at Chapman University spoke about the group to her school paper, telling them, “It gives you a resource and a support system so you can stand up for what you believe in and you know that you have people behind you.” How great is that?

Want to get involved? Take the pledge, find a local chapter, or join the conversation online @iamthatgirl, and carry on being awesome!