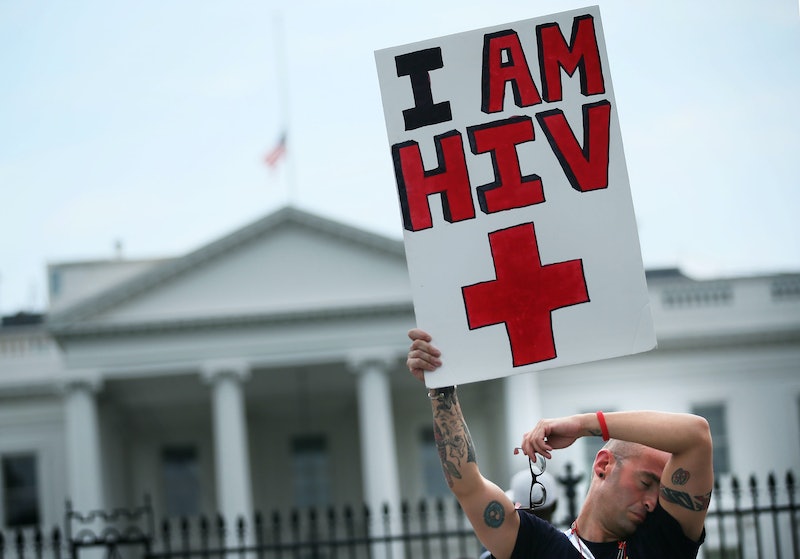 She also said, “I never thought my boobs could contribute to society," which is kind of an odd comment considering the entire reason women have boobs is to provide nourishment to human infants, an undeniable contribution to any society interested in having a next generation.

Still, it's their bodies, so if the women involved are happy to participate, I'm certainly not going to judge them.

I will say, though, that I am approximately 112 percent over charity fundraisers that are driven by sexualizing women. Yes, I understand that charitable causes need money, and yes, sometimes you have to get creative about how you raise that money. But even though I'm sure lots of people think they're being clever by capitalizing on the male gaze to support charity, it still implies that women are valuable only for their sex appeal and how that sex appeal can be used, whether that's for a good cause or for personal pleasure.

Also, the idea is not at all original. This fundraiser, for example, vividly reminds me of the boys over at the Simple Pickup YouTube channel who are fond of doing things like raising money for breast cancer by motorboating random women, or supporting the fight against female genital mutilation via public use of sex toys.

For the record, turning women into props or spectacles is never good, not even in the name of charity. If the adult film industry of Japan wants to raise awareness or funds for AIDS research there are numerous ways to do that without letting men pay to grope women — they could, for example, donate the proceeds of a specific film to AIDS research. Having men feeling up porn stars in exchange for a donation though — with the whole world watching, no less — has crossed the line from fun adult film industry stunt to blatant objectification, the kind that is just not OK.