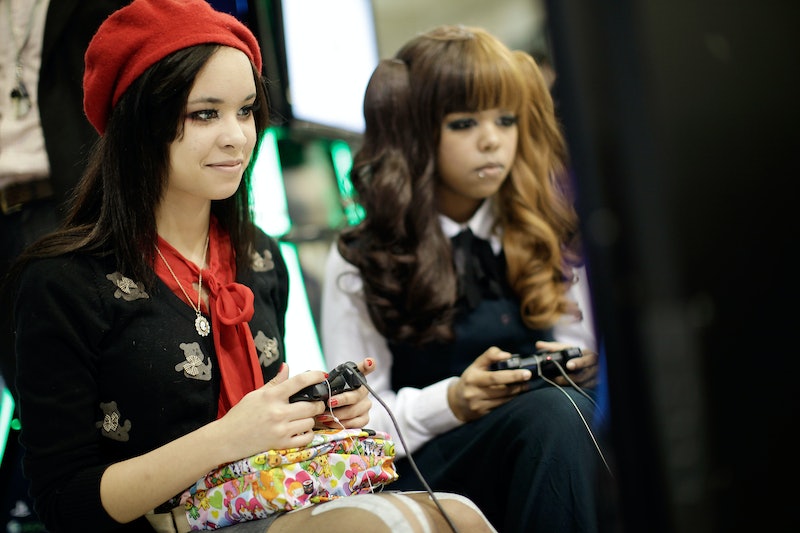 When you think of someone who loves video games, the stereotypical image that pops into your head is probably a teenage boy in his basement obsessively working his way through the latest Grand Theft Auto game. But as it turns out that stereotype is all wrong — in reality, adult women gamers outnumber teenage boys by two to one. In fact, adult women are now the single largest demographic in gaming. Who knew?

This new revelation comes from a study by the Entertainment Software Association. In the world of video games, women over the age of 18 make up 36 percent of gamers, while men over 18 are a close second at 35 percent. Teenage boys, on the other hand, make up only 17 percent of gamers. Which actually makes a lot of sense; adults in general are more numerous than teenagers, given how short your teenage years are by comparison, and video games have been around long enough that millions of people who got into them as teens have had time to grow up, while still gaming.

Still, the fact that adult women are now the most common type of gamer out there is surprising, probably because the game industry itself more or less refuses to stop catering to young men almost exclusively. Women's representation in video games is more or less...awful. (If you don't believe me, look at any of Anita Sarkeesian's "Women vs. Tropes in Video Games" series). Developers frequently claim that the lack of female characters, particularly playable characters, is just due to the fact that men are their primary audience.

According to the survey, though, the real picture is more complicated. Although men do still make up a majority of gamers, it's a very slim majority — 52 percent versus 48 percent. And it's been decreasing in recent years. In other words, the idea that teenage boys represent some sort of sacred "core demographic" that must be appeased at all costs is utterly ridiculous.

As is the idea of the "fake geek girl," while we're on that topic.

Clearly video games are not the sole property of male gamers nowadays, and it would be nice if the industry would start trying to reflect that. Because if women are already looking to play video games in spite of their sexist attitudes towards women, imagine how much money they could take in if companies actually started appealing to women? Food for thought, guys...