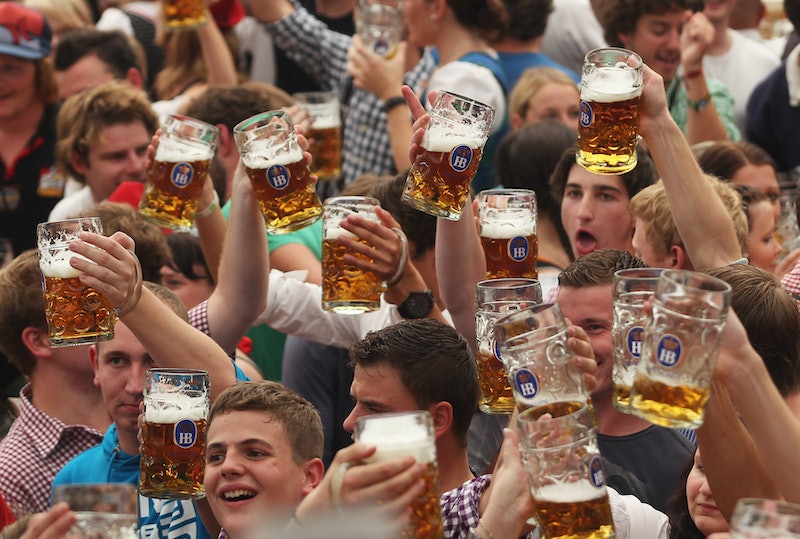 Good news for anyone in Texas who has ever bought a 12-pack of beer and thought “This just isn’t anywhere near enough.” A local brewery named Austin Beerworks has just partnered with Helms Workshop to launch “the world’s first and only 99-pack” of beer.

According to the brewery, the case costs $99 (only a dollar per beer!) and contains three rows of 33 cans of their famous Peacemaker Anytime Ale. As you can probably imagine, the 99-pack requires multiple people to lift, weighing in at 82 pounds and extending over seven feet in length.

So what could’ve possibly inspired this creation? Apparently, it was initially meant to be a gag. “What started out as a joke became very real when we realized how much people love the idea of 99 beers for $99.99!” Austin Beerworks co-founder Michael Graham said in a press release, per TIME.

The heavy cases were made available in select stores on Thursday of this week. Unfortunately for non-Texas residents (but for obvious reasons), the packs are only available in limited quantities in Austin. Still, that doesn’t make it any less amusing watching people attempt to carry the ridiculously ginormous box. Check out this video highlighting the full length of the pack, below:

Yikes. That’s one large pack. I can imagine it’ll only be a matter of time before some fools attempt to drink them all at once. At least the brewery is smart enough to dispense some pretty solid advice along the description of the 99-pack on their website. As they specify, “Good luck and remember, lift with your legs and not your back.”