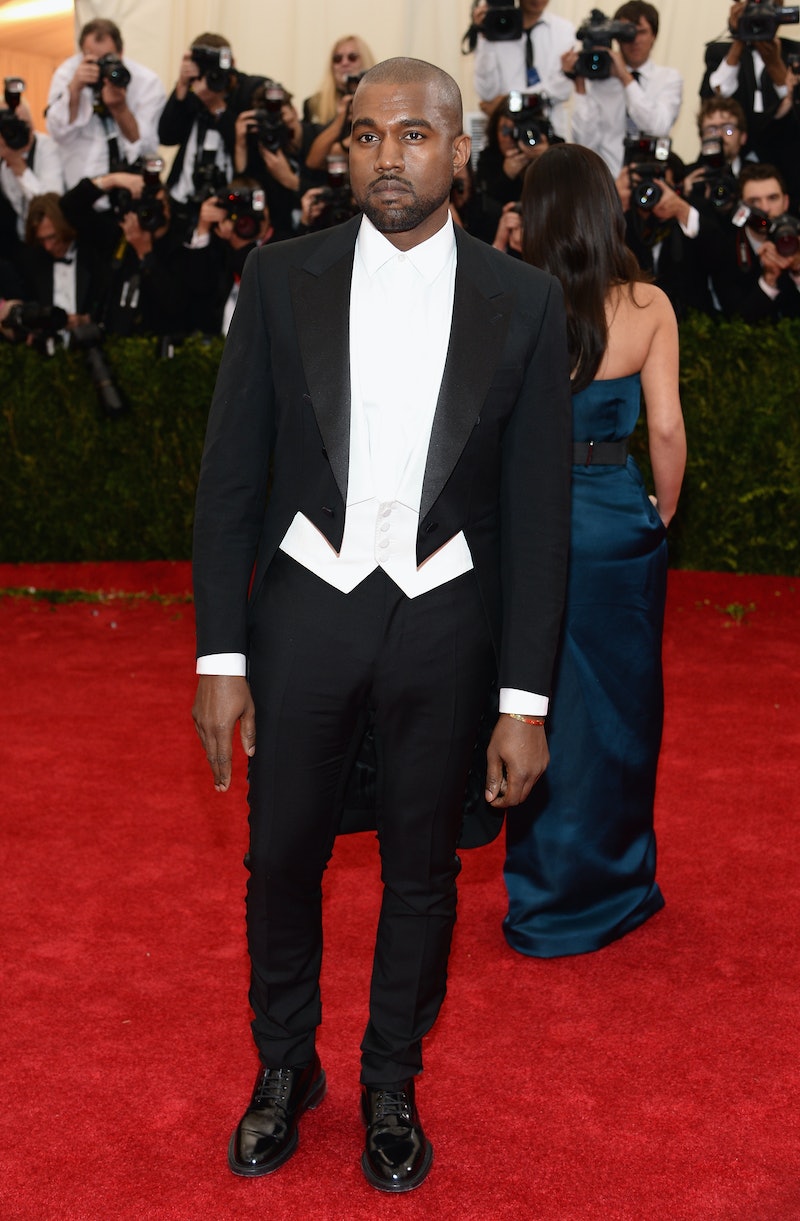 As the recently leaked photos of Jennifer Lawrence and Kate Upton have shown us, sex scandals don’t always have to involve actual sex. As our smartphones have increasingly become glued to our collective hands, racy photos are becoming ubiquitous. A study last year found that over 80 percent of all 21 year olds have received a sext message from someone, at least 46 percent of which included a naked photo.

When nude photos of female celebrities are leaked, the victims can surely expect to be the targets of criticism from TV news anchors, Internet commenters, and pearl-clutching bloggers. Even people like Ricky Gervais, a supposedly “progressive” comedian, will suggest that the celebrities who had their phones hacked and their photos stolen were somehow at fault. "I certainly don't condone hacking, but if you don't want the world to see naked pictures of you then don't take naked pictures of yourself," writes one Internet commenter, and tweets from fans and gossip junkies echoed a similar sentiment.

This is a relatively common argument, and one that is certainly not new. In 2007, Disney’s High School Musical star Vanessa Hudgens issued an apology to her fans after photos of her posing nude were released online. As MTV notes, Hudgens was known for her “wholesome” look, and there was some speculation that the release of the photos would negatively impact her contract negotiations with Disney for High School Musical 3. Hudgens was ultimately in the film and still continues to act, but the photos remain as a scarlet letter-style footnote to her career.

Kate Upton and Jennifer Lawrence are both older than the then-18-year-old Vanessa Hudgens, but questions still remain about whether or not the photo leak scandal will negatively impact either of their careers. Kate Upton may be a Sports Illustrated cover model, but being embroiled in a sex scandal does not often work out for young women, as history has proven from Monica Lewinsky to V. Stiviano. Especially if they come out on the other end of the ordeal looking less-than-ladylike.

There is no doubt that Upton and Lawrence have already assembled armies of lawyers, investigators, and publicists to both find the source of the photos and mitigate the damage. In a statement released shortly after the photos were leaked to 4chan by an anonymous hacker, Lawrence said that she was “horrified” by the “flagrant invasion of privacy,” and that she’s concerned about how it may impact her career as an actress.

Once a young starlet’s wholesome image is shattered, it can be hard to pick up the pieces. Jennifer Lawrence may have won the Oscar for playing a saucy seductress in American Hustle, but she has never appeared nude on screen. That may, of course, have something to do with the fact that she currently stars in one of the world’s most popular young adult film trilogies, The Hunger Games. When Vanessa Hudgens’ photos were released, she was still working with Disney.

There are some occasions, though. when leaked nude photos don’t really seem to be a big deal to the celebrities that they affect. Not surprisingly, these instances all have a common thread — the victims are men. Sure, male celebrities are pissed about having their private phones and emails hacked, but there is little discussion about whether or not leaked dick pics could mean the end of a male celebrity’s career.

Sure, male celebrities are pissed about having their private phones and emails hacked, but there is little discussion about whether or not leaked dick pics could mean the end of a male celebrity’s career.

Last week, a similar scandal involving Calum Hood, a member of teeny-bopper band Five Seconds Of Summer broke. You probably didn’t hear about it, but that’s not because you don’t have any clue who Five Seconds Of Summer is. Hood, who admitted to sending the photos to a young woman who posted them online without permission, tweeted “least ya know what it looks like now.” There were no thinkpieces written about whether or not Hood’s music career would be negatively impacted, and the would-be scandal largely dissipated.

Some would argue that photos of male celebrities aren’t leaked – only one of the most recent round of leaked photos’ victims is a male actor – but history suggests otherwise. Female celebrities are certainly ripe targets, but Justin Bieber, Disney’s Dylan Sprouse, Jamie Foxx, Kanye West, and Chris Brown have all had photos of their privates (and more) surface online. What you don’t hear when these photos are released are people contemplating whether or not it means that they’ll be shunned in their chosen careers.

And that says more about the culture surrounding celebrity than it does actual celebrities. When actors, musicians, and other celebs most private moments are stolen and shared with the world online, they are almost always told that it is their fault, regardless of gender. But the release of naked photos still impacts famous women disproportionately, largely because of the way that we perceive them.

There’s almost a “boys will be boys” mentality when when it comes to the leaked nudes of a Justin Bieber or Kanye West. Whether or not the men who are affected feel violated by the invasion of privacy, they’re almost forced to pretend like they enjoy it, evidenced by Hood’s statement after his Snapchat was leaked to the world. Who wouldn’t expect Kanye West to be perfectly fine with the world having seen his penis?

Conversely, women are expected to be ashamed when their nude bodies are plastered all over the Internet. They’re supposed to apologize to their fans and go into hiding while critics and writers and producers debate over whether or not a sex scandal impacts their marketability. There is no denying that hacking into someone’s personal phone or releasing private photos without authorization is wrong, no matter the gender of the victim, but we are ignoring the fact that young women in Hollywood just have to face bigger consequences than men.

I have no doubt that the talent that earned Jennifer Lawrence three Oscar nods and one win will be enough to overcome a few naked photos, and Kate Upton will have no problem getting work as a model. But that doesn’t meant that there won’t be consequences for either, especially in the short term. As their male counterparts walk away unscathed, female celebrities can expect to navigate a minefield of slut-shaming, gossip, and potential loss of work.

More like this
5 Wild Theories About Miley Cyrus’ “Flowers” Music Video
By Jake Viswanath
25 Inspiring Quotes From Black Women To Celebrate Black History Month
By Kyli Rodriguez-Cayro and JR Thorpe
Annie Rauwerda Finds Treasure In The Depths Of Wikipedia
By Chloe Foussianes
Savannah Guthrie Got Her First-Ever Tattoo With This Former Wild Child
By Suzanne Zuckerman
Get Even More From Bustle — Sign Up For The Newsletter
From hair trends to relationship advice, our daily newsletter has everything you need to sound like a person who’s on TikTok, even if you aren’t.