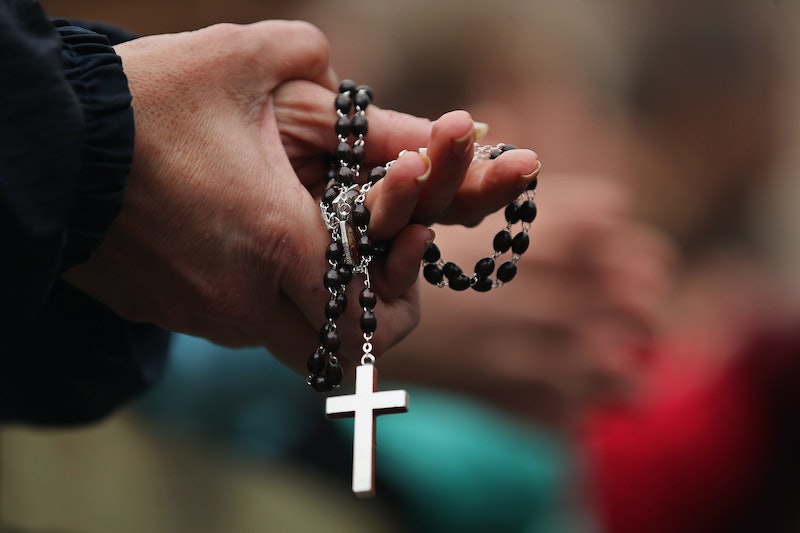 Does God approve of my sex life? Does God condone sex? These are just a few of the questions that a young person might consider when deciding whether or not to get (or stay) involved with church. Does God vibe with my young and hip lifestyle?

Congregations around America are re-branding their images to draw in millennials, a demographic rapidly veering away from the church and belief in God, as well as adults of all ages. Strict views on sex — like "don’t have it" or "your urges are immoral" — can be a major deterrent to anyone on the fence about God and religion.

Restored Church in Wilkes-Barre, Pennsylvania is on a mission to challenge the notion that sex and God are at odds. The first step? Posting a gigantic billboard on Pennsylvania's Route 309 with a quote that reads “I <3 Sex,” attributed to none other than God himself.

In an interview with Times Leader , the trendy pastor behind the advert, Dan Nichols, explained his rational. “Sex is everywhere, but churches typically communicate indirectly on the subject at best," he said. "That’s tragic — especially since God dedicated an entire book of the Bible to sexuality.”

This is why Nichols feels so comfortable presenting “I love Sex” as a direct message from God. “God is the author of sex. He loves it, and He has a very specific design for it," Nichols explained. "The gravity and overwhelming reach of this topic warrants a direct and honest response from the church.”

The dude is on to something. No one (and I mean no one: not children, parents, sexually active teens, sex workers, even nuns) benefits from the complete and total rejection of sexuality as natural, normal, and chill with Jesus. Sex positivity, not sex shame or fear, encourages vital communication that, as a result, improves sexual health; people are armed with the necessary awareness (of protection, birth control, general sexual safety) and empowerment to seek help when they need it. When God is positioned at fundamental odds with sexuality, people suffer.

OK, Pastor Nichols, cool stuff. The attention-grabbing billboard will hopefully start an important dialogue about sexuality and its place in Christianity.

Yet, even a gigantic billboard with a message from The Lord poses its limitations. . . . Pastor Nichols does not believe in the legitimacy of homosexual marriage, or really any sex outside of a heterosexual marriage.

In fact, the more Nichols talks, the more it becomes clear that the provocative billboard is really just a stunt for much-needed publicity to The Restored Church (and, let's be honest, church in general) rather than a progressive conversation-starter. “He designed [sex] and created us to be sexual beings,” he told the Times Leader . “We want to encourage people to enjoy sex in its proper context of God’s original design.”

The billboard is up until Sept. 25. That should be enough time for me to drive down to Pennsylvania and scribble "all kinds of!!!" between "I love" and "sex."