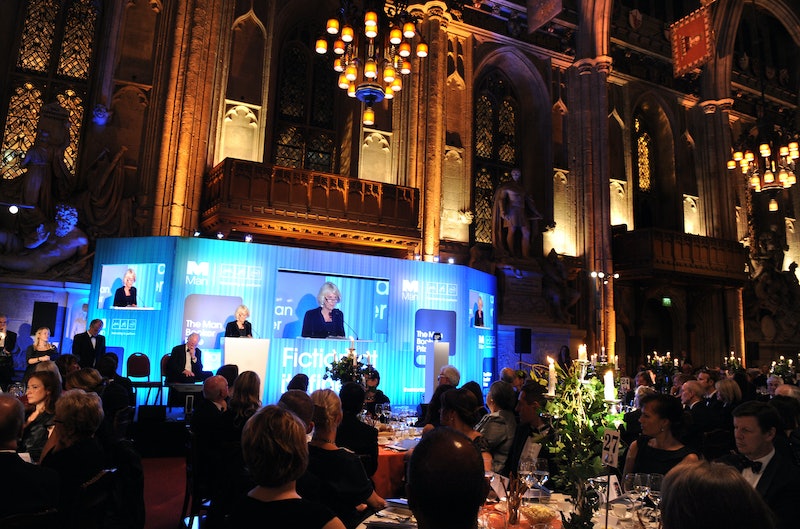 Tuesday brings the unveiling of the 2014 Man Booker Prize shortlist, and the big news buzzing stateside: two Americans have secured spots among the final six names. Karen Joy Fowler's We Are All Completely Beside Ourselves and Joshua Ferris' To Rise Again at a Decent Hour are the two books representing the U.S. — and they're quite a pair of powerhouses to be holding it down for America, don't you think? I certainly do.

Alongside Fowler and Ferris, three British authors snagged spots on the shortlist — Howard Jacobson for J (he's a 2010 winner, by the way), Neel Mukherjee for The Lives of Others, and Ali Smith for How to be Both — as well as Australian writer Richard Flanagan for The Narrow Road to the Deep North.

In case you haven't been following why this year's Man Booker race is big news, it isn't just the contenders — it's because for the first time, the award is being opened up to books from any location, as long as the novel was initially written in English. Prior, the prize was sealed off to books from Britain, the Commonwealth, Ireland, and Zimbabwe. So, to have two authors from the U.S. on the final list is pretty notable.