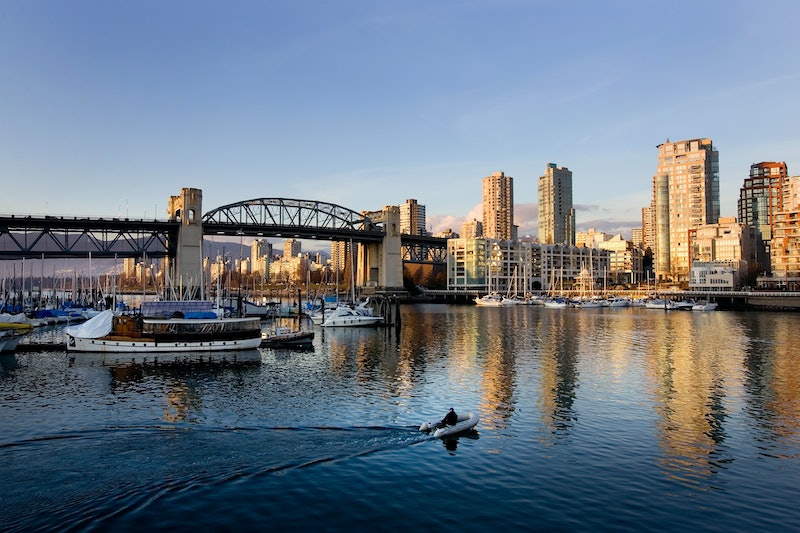 Those who've never been to Vancouver, Canada may think that we're a city populated by ever-so-friendly eh-saying Canadians who enjoy a green-loving, super liberal, and wonderfully active lifestyle. Or perhaps they view Vancouver more as an idyllic seaside oasis nestled in front of the mountains, filled with beautiful tress and rainy days. Or perhaps they think of Vancouver as crunchiest, comfiest city in Canada; the place any travel magazine will tell you is simply one of the most livable, idyllic cities on earth.

While all those stereotypes might be true, there are certain things that only a true Vancouver native could ever understand: The 99 B-line? Late night food at the Naam? Pirate Pak Day? Wreck beach? Good luck figuring that out, Oklahoma.

At the end of the day, you can visit Vancouver and get a feel for it, but there will always be some things that only someone from Vancouver could ever truly understand; the things that mark us apart from people from anywhere else.

If you're from Vancouver, you know what I'm talking about. This is one unique city, and we have our quirks. (Overwhelmingly positive quirks, I might add.) Here's how you know you're a true Vancouverite.

you know that people in glass houses shouldn't throw stones

No, but really. We have so many glass condos here.

YOU HAVE A VERY STRONG OPINION ABOUT BIKE LANES

Bike lane politics in Vancouver are no laughing matter. Lives have been ruined, friendships broken, and families torn apart all over the much heated issue of the bike lane.

...which is to say YOU probably THINK BIKE LANES ARE pretty much A HUMAN RIGHT

When you're out of the country and you say you're from Vancouver, you know that the next question is going to be, "Oh, so do you speak fluent french?"

YOU'RE FAMILIAR WITH ALL THE DIFFERENT TYPES of rain

You can still choose between an umbrella or putting your hood up!

OK, you can break out the jacket now.

AND OF COURSE, TORRENTIAL RAIN means...

You'll strain to remember the name of that glowing yellow orb that you could have sworn used to live in the sky.

you believe GOR-TEX CAN BE WORN AS BUSINESS CASUAL

When you live in a temperate rainforest, you learn to give up on looking sharp for your meeting and settle for being dry.

and you know the rules of UMBRELLA ETIQUETTE:

CARRY YOUR CLOSED UMBRELLA BY THE HANDLE WITH THE END POINTING DOWN...

MOVE THE UMBRELLA UP OR DOWN IN ACCORDANCE WITH WHO IS APPROACHING YOU...

So you don't smack into someone else's umbrella guerrilla-spoke-attack style.

and SHAKE THE WATER OFF YOUR UMBRELLA BEFORE ENTERING A BUILDING

As to not turn the floor into a back breaking slip and slide.

but EVEN THOUGH we're masters at the RAIN, WHEN IT SNOWS, you know all bets are off

Vancouverites are amazing at dealing with the rain, but the snow? Not so much. Being the warmest place in Canada we never get much snow. After about 2 cm of the stuff, all hell breaks loose in the city and people act like it's the apocalypse.

which meant awesome SNOW DAYS As a kid...

Those were the best.

...and the BUS INEVITABLY cOMing OFF IT'S LINES as an adult

And getting stuck sideways in the middle of Granville street.

you know HOW LONG THE LAST FEW WEEKS BEFORE SPRING FEEL

Once you hit your seventh month of rain, you begin to become a shell of the person you once were. That's why the first real day of cloudless sunshine and slightly-warmer weather feels like the happiest day of your entire life.

The Granville Island Brewery is home to some of your favorite beers, but none so favorite as their seasonal brews like the chocolatey Lions Winter Ale, False Creek Raspberry Summer Ale, and the Ginga Ninja Ginger Beer.

and you know where to get it on sundays

Because the BC Liquor stores are closed on Sundays you have to get your Sunday booze fix at a Cold Beer and Wine Store.

YOU believe THAT LIFE WOULDN'T BE THE SAME WITHOUT PURDY'S CHOCOLATES

Whether you go for the hazelnut hedgehogs or you prefer the nutty turtle clusters, when it comes to chocolate cravings, you know that Purdy's is it. Convenient package of three hedgehogs? Don't mind if I do.

Yeah, you will take the extra 20 minutes to go out of your way if it means you're going to get your BC roll just the way you like it. Even though there's a sushi spot on every block.

YOU WISH YOU COULD HUG NAT BAILEY

You know that the genius behind White Spot — unarguably the most delicious and Vancouver-y chain restaurant of all time — was The Man. The creator of the white spot milkshake, the artist behind triple O-sauce, and the architect of the BC Burger, Nat Bailey, though he may be gone, is a name you will never forget. He lives on in each Vancouverite's heart and stomach.

YOU KNOW WHEN TO AVOID GRANVILLE ISLAND

Granville Island is the actual best. That being said, you know not to even attempt it on a Holiday, Long Weekend, or for much of the Summer unless you enjoy trying to get around doddling tourists.

and YOU HAVE VERY STRONG FEELINGS ABOUT GRANVILLE STREET

Either you think it's the best place to go out on earth, or the thought of it makes your skin feel dirty.

Either way, you've been to the Roxy at least once

AN AMERICAN STORE OPENING IN TOWN IS still A BIG DEAL

Mostly because that means you won't have to order your stuff online and end up hating it once you see it in person, or make that annual shopping trip over the border to Washington to stock up on your favorite American brands and conveniently forget to declare it to customs.

...AND SO IS WHERE YOU WENT TO HIGH SCHOOL

The 6-degrees of separation rule is more like 3-degrees here. Think you don't know someone? Ask where they went to school or what neighborhood they grew up in and you will most likely find at least one common friend you both have.

you believe SOME LAWS ARE MORE LIKE SUGGESTIONS THAN rules

Real talk, there are some laws in Vancouver that many Vancouverites, and Vancouver cops in turn, seem to treat more like suggested guidelines than laws.

You can't drink alcohol at the beach? Really? Well, you likely ignore that one.

...AND SMOKING WEED in public

Smoking weed may technically be illegal, but most Vancouverites have a super lax attitude towards weed. You can go smoke it at the Amsterdam cafe, you'll smell it at the beach and throughout the city, and can essentially smoke it directly in front of a cop during 420.

Even thought the Canucks have never won a Stanley Cup, that doesn't defer your undying hope that this year will be the year that everything is different. Go Canucks Go!

speaking of, do you want to hear a good joke? Alberta.

You aren't even sure why you feel this way, but you are sure that anything from Alberta is fundamentally less awesome than anything from British Columbia.

no, but seriously, there's just no place like home.

We feel for you, Alberta. But Vancouver is just the best city on earth.