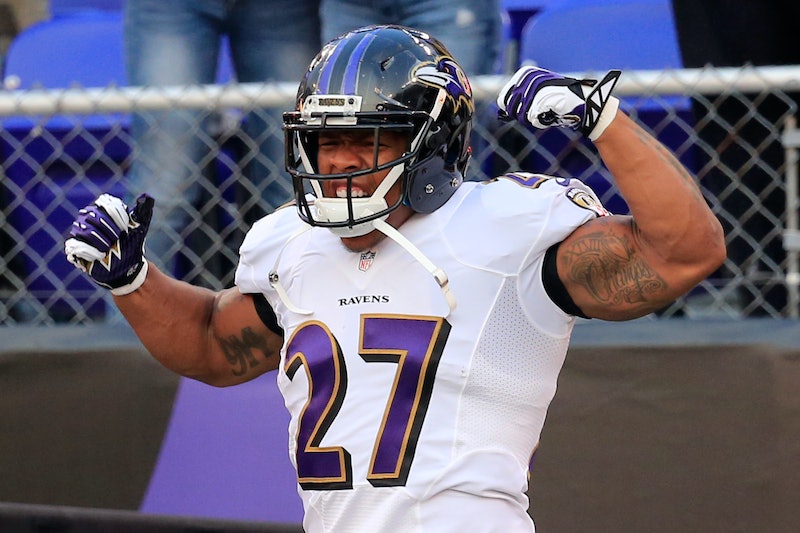 I can’t remember the first time I ever watched a football game, likely because it happened right after being liberated from the womb. I’m an October baby, born right into the throes of college and National Football League season. We were not a basketball or baseball house — It was 100 percent football, all the time.

This meant that, over time, I grew to hate football. It was boring, I didn’t understand it, and it was totally “for boys.” I spent years being dragged to my kid brother’s stupid football games and being forced to watch it on television on both Saturday and Sunday by virtue of the fact that everyone else in my family loved it. My dad hadn’t played much football himself, but he loved watching it with my brother. My mom was somehow even more enthusiastic.

I didn’t join the football bandwagon until I was 18 and headed off to Texas Tech University. I went with my family for a campus visit, and we had tickets to watch Tech play Oklahoma. I knew so little about football that I kept asking my parents what a “down” was. I barely understood what was happening on the field, much less enjoyed it. Until, that is, Texas Tech won in incredibly dramatic fashion. It was the most exciting event I had ever been to in my life.

I felt like, before that moment, I had been left out of this really awesome club that just gets together and hangs out on Saturdays. Football was about thousands of people all socializing and screaming together in this wildly electric environment? I was sold. In the almost-decade since, I’ve been a dedicated Texas Tech football fan. I’ve survived the ups and downs of the end of the Mike Leach era. Regrettably, I also am a Cowboys fan, which comes with its own unique set of disappointments and heartache.

But a series of recent events has me questioning whether or not my football fandom can continue. Professional athletes behaving badly has been a common occurrence, as they’ve risen from entertainers to demi-gods, but there is a disturbing trend in this sport in particular. When NFL running back Ray Rice’s assault on his wife became public, I began to worry that, based on its track record in handling violence against women, football is something that I could no longer support in good conscience.

Unfortunately, NFL players abusing the women in their lives is not uncommon. Earlier this year, Minnesota Vikings cornerback A.J. Jefferson pled guilty to strangling his wife and served 90 days in jail for domestic violence. In response, National Football League commissioner Roger Goodell suspended Jefferson for six games, only to lift the suspension shortly after. Jefferson was signed by the Seattle Seahawks just two months later.

Unlike Ray Rice, Carolina Panthers defensive end Greg Hardy has actually been convicted on two counts of domestic violence. According to findings from the court, Hardy threw his girlfriend onto a couch piled with guns, threw her into a shower, then wrapped his hands around her throat. He was sentenced to 18 months probation and a suspended 60 days in jail. Pending appeal, he currently plays for the Carolina Panthers and earns over $13 million a year.

There are dozens more of these stories of violence, and we only know about the abusers who have actually been arrested. According to analysis by Benjamin Morris at FiveThirtyEight, domestic violence accounts for 48 percent of violent crimes arrests of NFL players. This figure is slightly lower than the national average for men in their age group, but is four times the rate of the general population.

Unfortunately, the violence against women doesn’t start at the professional level. College football has an extensive problem with sexual assault, as evidenced by cases involving football players across the country. At VICE Sports, Jessica Luther chronicles systemic failure by the University of Missouri to protect women on its campus from Derrick Washington, a running back who was eventually convicted of both domestic and sexual assault. In his time on the Mizzou football team, he received no punishment from his football coach. This is not at all uncommon.

The hits really just keep on coming. A few days ago, the NCAA announced that they would be lifting the postseason ban imposed on Penn State after the Jerry Sandusky child sex abuse scandal a year early. When the NCAA introduced these sanctions in the heat of the scandal, they were praised by most as “tough” and “sending a clear message.” Now, any support for victims is muddled, but the reality is still clear: football matters more than the lives of actual victims.

In my own backyard, just yesterday it became public that Dallas Cowboys owner Jerry Jones is being sued by a woman for sexual assault. In her filings with the court, the woman details being groped, forced to watch another woman perform oral sex on Jones, and digitally penetrated. At what point do we become so desensitized to sexual violence that we almost expect this kind of behavior from people with such power in sports?

In some storm of perfect irony, all of these allegations come to light as football is trying to reach out to women. Women, of course, do most of the purchasing in this country, so there’s no doubt that there are dozens of marketing teams huddled up at the National Football League trying to figure out how to make football appealing to women. They’ve done a few things, like sell us cheesy pink football jerseys, but there has been no indication that those who are in control of the massive football machines in this countrt give a damn about women unless we’re giving them money.

And I’m not sure that’s something I can support anymore. In fact, I think I’m just going to quit watching football altogether. To watch football is to know that I am indirectly supporting organizations who would hang me out to dry if I were ever hurt by one of their members. These are men who have been accused of, admitted to, and convicted of unspeakable acts, yet we’re somehow willing to suspend the truth in order to watch a few hours of a game on television?

I am tired of the lip service and ineffective policies and toothless punishments that the NFL and NCAA have given to football players who rape and abuse women. I’m furious with this culture that is somehow finding a way to justify what happened to Janay Rice. Mostly, though, I am really sad. I am sad for the women who are wrapped up in these horrible cases of abuse and assault, and I am sad for football fans who just want to watch the game without having to be so damn political. But I can’t in good conscience continue to watch a game that is increasingly played by men who hurt women and those who don’t give a shit that they do.

More like this
11 Super Bowl Instagram Captions To Use On Game Day — Even If You Don’t Like Sports
By Alexis Morillo
David Beckham’s Controversial Qatar Deal Skyrocketed His Net Worth
By Catharina Cheung
25 Inspiring Quotes From Black Women To Celebrate Black History Month
By Kyli Rodriguez-Cayro and JR Thorpe
The 6 Best Sunglasses For Snow
By Lauren Moison
Get Even More From Bustle — Sign Up For The Newsletter
From hair trends to relationship advice, our daily newsletter has everything you need to sound like a person who’s on TikTok, even if you aren’t.