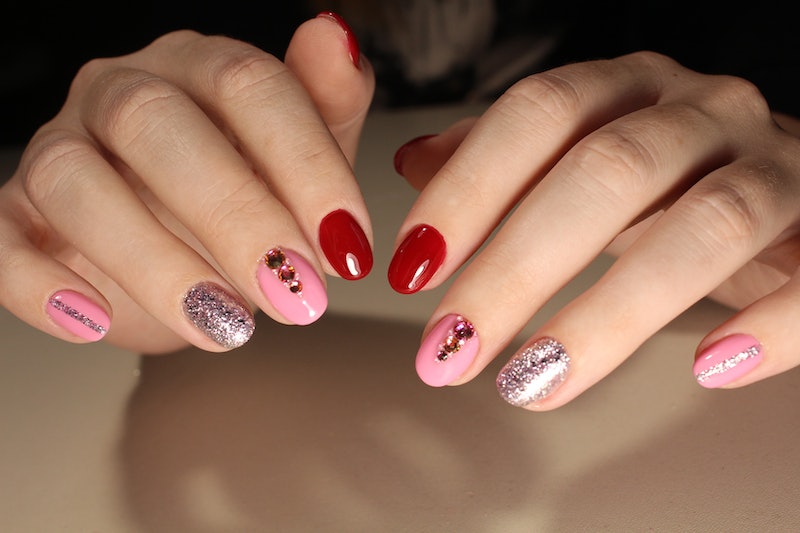 Hey, you know that nail art reality show that you never asked for, because what a weird thing to ask for? It's finally here! Variety reports that Nailed It! , a reality show where nail artists compete against one another for a cash prize, is being developed by Oxygen.

Cori Abraham, Oxygen's Senior Vice President of Development and International, told Variety, “Nail art is in the cultural zeitgeist of Oxygen’s viewers as young, modern women are looking at new ways to express themselves,” she said, which is exactly the kind of ridiculous statement that you'd expect to come from a network making a show about nail art.

The reason Nailed It! likely won't work isn't because it's another design show in an already over saturated market. Even it's eye-roll worthy pun of a title won't be the reason. Nailed It! relies on nail art remaining a trend, and reports show that it's on its way out. A recent study from WWD found that the nail polish boom (finally) seems to be drying up, with sales decreasing rapidly. Oh, poor Nailed It! We hardly knew you.

More like this
Pat McGrath On Her New Star Wars Collection & “Alien-gelic” Skin
By Erin Stovall
The 8 Best Beauty Looks At The 2022 People’s Choice Awards
By Audrey Noble
M.A.C. Cosmetics’ Newest Collection Celebrates Whitney Houston's Legacy
By Audrey Noble
Selena Gomez’s Rainbow Nails Added A Perfect Pop To An All-Black ’Fit
By Audrey Noble
Get Even More From Bustle — Sign Up For The Newsletter