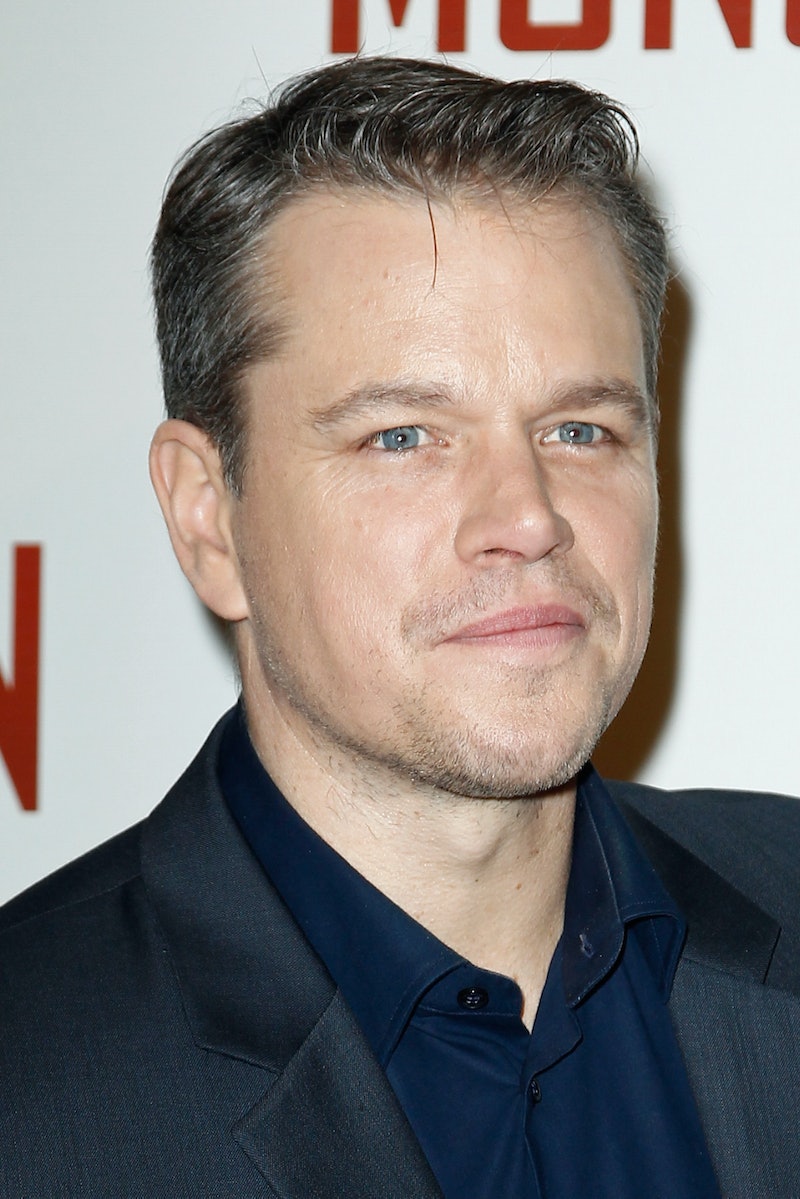 Good news for fans of the Bourne franchise: Deadline has reported that Matt Damon will return to the series to play Jason Bourne, so you can cease playing your who is like Matt Damon if not Matt Damon? game. (The answer, by the way, is Ben Affleck.) Damon will join forces with director Paul Greengrass, and they have a big challenge up ahead — Bourne has regained his memory, so...what's next? Will he lose it again? And perhaps more importantly — is it a good thing that Damon has returned to the series?

Well, yes. Damon is Jason Bourne, but that said — since he has regained his memory and it seems that Universal is looking to have quite the franchise on their hands — should someone takeover for Bourne, giving the franchise the possibility to let the series live for an eternity a la the James Bond franchise? Was that something those folks even had in mind? Should this franchise even continue to wave its flag?

Maybe — and the truth is, Damon may be the source of life that allows it to do so.

In fact, the resurgence of Damon in the Bourne world should be particularly shocking, albeit exciting, news to folks who thought that Damon would never return to the series. Some people thought this movie wouldn't happen at all. The Bourne world had become Jeremy Renner's world, and Matt Damon just lived in it. After all, there was another sequel in the works without Greengrass and Damon with the aforementioned Renner and Justin Lin, who's now probably super busy since he's been tapped to helm a few episodes of Season 2 of True Detective . Sung to the tune of Ghostbusters: who ya gonna call — MATT DAMON!

Yep — a Damon-sized star might be the trick to cure the Bourne woes, as the folks at Universal likely discovered that the most recent Bourne movie with Renner at the forefront did not fare so well. Perhaps Damon was the essential cinematic puzzle piece that was needed. Or was he? We'll see when the movie hits theaters in 2016. If it crushes the box office, then we may have our answer. If not, then Matt Damon is not the Bourne Ghostbuster that we thought he was. Ah — now there's a mashup movie I'd like to see.

More like this
Rupert Grint Just Shared A *Major* Update About Ron Weasley’s Future
By El Hunt
Is Winter 'Love Island' Flying Too Close To The Sun?
By Jason Okundaye
Twitter Is Overjoyed By Angela Bassett’s Record-Making Oscar Nomination
By Maxine Harrison
Anne Hathaway Shared A "Thrilling" 'Princess Diaries 3' Update
By Darshita Goyal
Get Even More From Bustle — Sign Up For The Newsletter
From hair trends to relationship advice, our daily newsletter has everything you need to sound like a person who’s on TikTok, even if you aren’t.