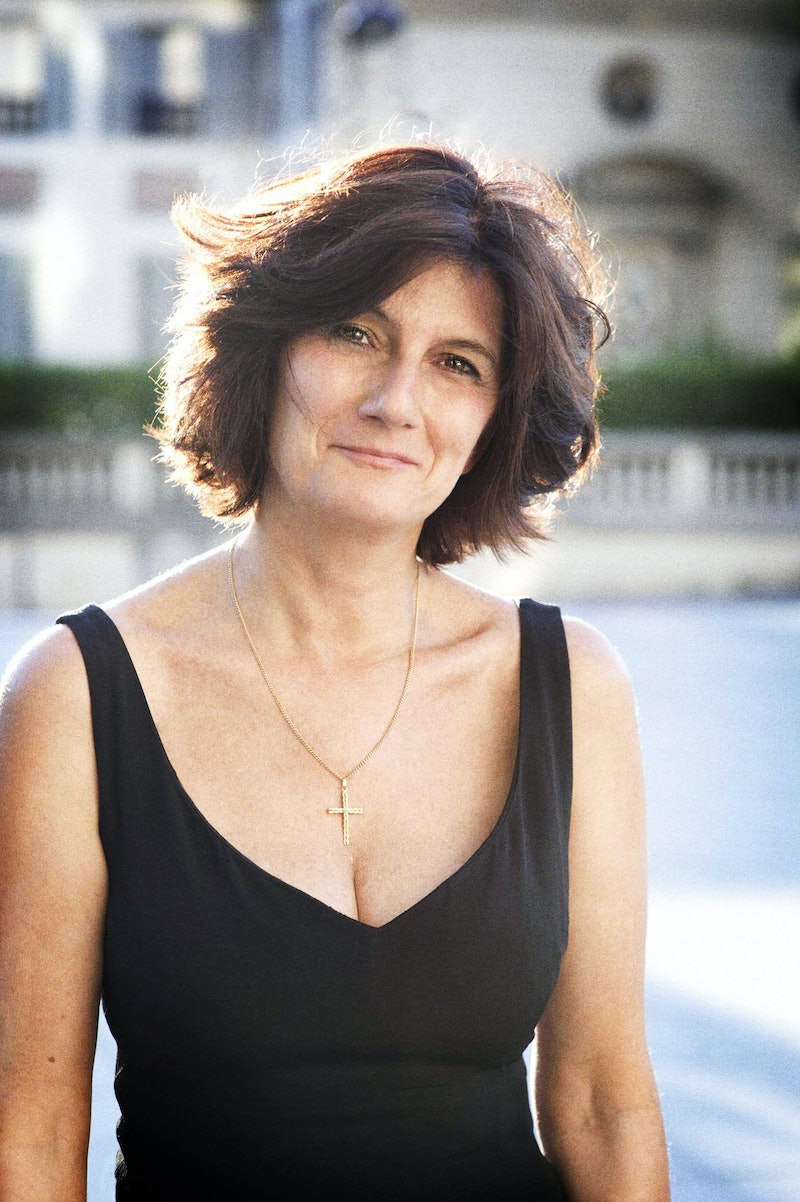 The post-colon half of the title of Sophie Fontanel's The Art of Sleeping Alone (Scribner) promises to explain "Why One French Woman Suddenly Gave Up Sex." But in the 150 pages of this slim, episodic memoir of 12 years of celibacy, the why is never really illuminated. Instead, this book is the how and what of Fontanel's sudden life change. It is the story of how she found non-carnal satisfaction and what she gained.

Fontanel does vaguely allude to the reasons for her sudden vow of abstinence. She observes that her sex life has become unsatisfying, even unhappy: She claims, "I'd had it with handing myself over. I'd said yes too much ... I was through with being had." The consent-champion in me is sad about these encounters. She chooses to stop having sex altogether, in search of "the girl I'd been years before." There's an implicit assumption that this happier, more fulfilled past version of herself is inaccessible when she is constantly consenting to sex. And so she decides to stop not only consenting, but also considering.

When Fontanel removes the sex-shaped piece from the jigsaw puzzle of herself, the void is filled with other pieces that don't fit, but can convinceably complete the picture. She enjoys long transcendent lavender baths; she travels to Greece, the Sahara, has daily massages in India. She hugs her pillow at night, "exactly as if it were a human being."

Her descriptions of these episodes is inspiring and smart, if clumsily translated at times. Fontanel writes of these moments of solitude with such an enviable insight into her innermost needs and inclinations that it is obvious that her period of sexlessness encouraged remarkable introspection and the chance to observe human nature. There are sharp, brilliant chunks of text throughout the memoir that remind the reader of the reflection that's possible with alone time.

But the introspection and observations are at times indulgent, and Fontanel can be bombastic and preacherly. Her insistence throughout the book that her celibacy renders her exceptional, brave, and isolated is what frustrated me the most. "In the midst of others one can dare to be different," she writes, applauding her refusal of sex as a mark of extraordinariness. She complains about her friends' concerns and attempts to set her up with single men: "...everyone in turn would come sit next to me to regale me with how he or she thought I should live and what I deserved to have." Yes, it's frustrating for friends to pity your singlehood, but it's hardly a burden to have friends who want you to find fulfillment and happiness in a relationship.

Fontanel's book is a modern version of Walt Whitman's "Song of Myself": she celebrates herself, is more in touch with herself, when she foregoes sex. And though it's unclear why it was necessary for her to abruptly and completely give up the sex she found so unfulfilling, the how and the what of the life she lived in the years afterward were worthwhile reminders of the importance of self-satisfaction.